Propolis extract is extracted from propolis. The extract contains more than 20 kinds of flavonoids, as well as phenols, lactones, coumarin, aldehydes, ketones, steroids and other compounds, as well as vitamins, amino acids, enzymes and various trace elements.

Propolis has antibacterial and anti-inflammatory properties, enhances immune function, and promotes tissue regeneration and other pharmacological effects. It is clinically used in analgesia, anti-inflammatory and local anesthesia to treat oral ulcers, periodontal disease, neurodermatitis, ringworm disease, corns and other diseases.

There are many functions of propolis extract. In recent years, there have been many researches on the function of active substances of propolis, and the related research results are also very rich. In particular, the research results on the function of flavonoids in propolis are relatively concentrated. The biological activities of flavonoids in propolis extract mainly include the following aspects:

1. Effects on the cardiovascular system. This effect is mainly achieved by reducing cholesterol and triglyceride levels, preventing atherosclerosis and antithrombotic effects.

7. Others, including cough, expectorant, asthma and central nervous regulation. 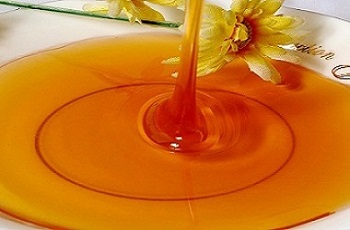 Propolis alcohol extract 35 ~ 750μg/ml in vitro test, has inhibitory effect on Staphylococcus aureus, can produce drug resistance, but there is no cross-resistance with common antibiotics.

The concentration of propolis alcohol infusion or ether infusion is 1% to 10%, and the flat paper plate method is used to test, and it is found that it has no effect on F. Gypsum-like dermatophytes, gypsum-like Microsporum, Trichophyton, etc. have inhibitory effects.

In vitro test of propolis ethanol extract has inhibitory effect on HeLa cells, IC50 is 10μg/ml.

Rats were pre-administered with 20 mg of propolis extract, which was administered half an hour before irradiation, which could resist the decrease of leukocyte alkaline phosphatase activity caused by X-ray irradiation.

The 0.04% concentration of propolis ethanol extract can significantly increase the stability of lard. After mice were infected with Typhimurium, the activity of superoxide dismutase (SOD) in the small intestinal homogenate decreased, lipid peroxide increased, and the activities of DNase and cathepsin D increased. 2 mg of propolis was administered 1 h after Typhimurium infection, These pathological changes can be reduced.

Propolis ethanol extract 30μg/ml in the culture medium, cultured for 72h, can promote the mitosis of cultured monolayer porcine embryonic kidney cells. In addition, it can enhance the metabolism of cells, which is manifested in the reduction of reduced nicotinamide dinucleotide. Strong activation of the enzyme (NADH2-reductase). The cartilage of the dog's femoral head and hip joint was artificially excised, and 3% propolis ethanol extract ointment was applied locally to promote cartilage regeneration at the injured site.

Propolis ethanol extract can reduce the number of bacteria in aquatic products, and has a good antiseptic effect on fish and shrimp, so that the low-temperature preservation time of fish and shrimp meat can be greatly prolonged. After 48 hours of catching shrimp, the head, tail and limbs turn black, deteriorate, and smell. After treatment with propolis ethanol extract, the storage period of shrimp body is extended by 2 to 3 times, which is safe and non-toxic, and can maintain the original moisture and quality of aquatic products. and flavor unchanged.

Tang Fengxia et al. conducted a preliminary study on the effect of propolis fresh-keeping pork. The pork preserved by 8% propolis liquid can still keep fresh after 36 hours, the muscle is red, the fat is white, and the indicators such as hydrogen sulfide, volatile base nitrogen, peroxidase are all high. In line with the national first-class fresh meat standards. Qi Yongyan's treatment of pork with 0.024% propolis ethanol extract can play a better antiseptic effect, and the spoilage is delayed by nearly 15 days compared with the control, and the taste and color of pork will not be affected at this concentration.

ELNawawy et al. added 0.1% propolis before sterilization at 90°C for 5 minutes, which can extend the shelf life to 10 days. Moreover, propolis can significantly inhibit the proliferation of yeast in yogurt. When 0.1% propolis is added, the shelf life is half longer than that of the control group. The quality of the product itself. Egyptian Dieb et al. studied the inhibitory effect of propolis on bacteria and fungi in cheese, and found that propolis extract brushed on the surface of cheese can effectively inhibit Escherichia coli, Aspergillus versicolor, Bacillus subtilis, salivary chain no matter whether it is packaged or not Coccus, Staphylococcus aureus and Micrococcus have more bacteriostatic effect than Streptococcus lactis and common antibiotics, and the cheese treated with propolis liquid has better taste than untreated ones.

As a biological preservative, propolis can be used in the storage and preservation of various fruits and vegetables directly, indirectly or in combination with cold storage, and can better maintain the luster, color and taste of fruits and vegetables, especially in reducing the surface water loss and decay rate of fruits and vegetables. The effect is obvious. The time of wilting, yellowing and spoilage of vegetables can be obviously delayed by spraying with propolis ethanol solution, and the taste is good. The propolis extract was applied to the prevention and control of apple rot, and it was found that the control effect was much stronger than that of the commonly used chemical agents such as benzimidazole, phenletol, and carbendazim.