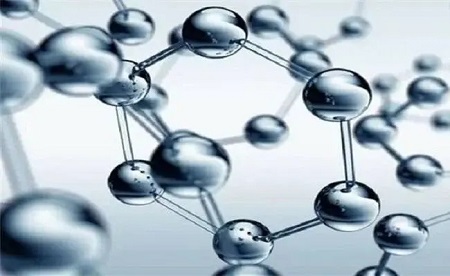 The effects of blue copper peptides can be reflected in many aspects:

After the blue copper peptide enters the skin, it induces fibroblasts to produce collagen, which effectively promotes the metabolism of old waste products and the production of collagen. In addition, blue copper peptides can carry copper ions into the cell, and release copper ions after encountering enzymes. Copper ions are a very important component in many enzymatic reactions, which stimulate the synthesis of glucosamine, making the skin more plump and firmer, and facial lines Slowly fade, leaving the skin with youthful vitality.

Blue copper peptide can promote the production of keratinocytes, increase the thickness of the skin, and help repair the damaged skin barrier. Injuries and other conditions can also reduce inflammation and calm, soothe the skin, enhance the resistance of skin cells and accelerate cell repair.

Blue copper peptide is also a good hand in terms of anti-oxidation. It can block the formation of reactive oxygen species and remove various peroxides. At the same time, it is milder and less irritating than general vitamin C and retinol. It can also be applied to sensitive people.

In addition, the blue copper peptide also has other advantages, such as anti-hair loss, anti-cancer, etc. However, due to the high price, the quality of the blue copper peptide in the market is also uneven. The crowd stepped on the pit accidentally. Therefore, when we choose anything, we must do more research and choose a formal brand and organization. Peptide Blue Copper Peptide series products have accumulated a lot of experimental research, with short recovery period and quick results. They have significant effects such as brightening skin and whitening, fine pores, diminishing acne marks, and repairing red blood streaks, allowing more people to also Can restore health and youth.