Home / News / How does epitalon work

How does epitalon work

Epithalon (also known as Epitalon or Epithalone) is the synthetic version of the polypeptide Epithalamin which is naturally produced in humans. This pineal peptide preparation is secreted in the epithlamium-epiphyseal region of the brain. Its more prominent tasks are: to regulate metabolism in the epiphysis, increase the sensitivity of hypothalamus to its natural hormonal influences, normalize the function of the anterior pituitary, regulate the levels of gonadotropins and melatonin in the body. Epithalamin increases a person's resistance to emotional stress and also acts as an antioxidant. 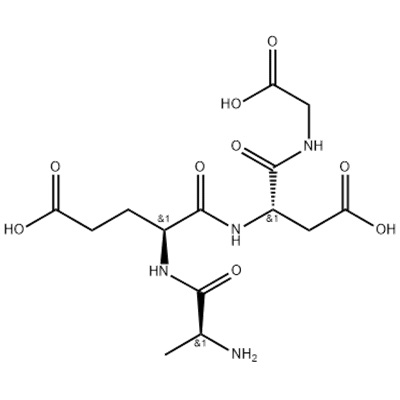 Epithalon is a synthetic polypeptide called epithelial tissue vitamins. Epithalon is first found in cow pine fruit extracts, is a worker's anti-aging drug, which is widely used in a variety of cosmetics.

Epithalon is an anti-aging agent and telomerase activator. Epithalon has an inhibitory effect on the development of spontaneous tumors in mice, with geroprotective effect, and neuronal activity can be increased by intranasal administration. Epithalon can be used in cancer, aging and pigmentary retinal inflammation.

Adding an Epithalon peptide induced by telomerase negative human fetal fibroblast culture, the expression of catalytic subunits, the enzyme activity and telomerase of telomerase can be extended, which may be due to the reactivation of telomerase genes in body cells. It indicates the possibility of extending the life of the cell population and the entire organism.