Home / News / Where to buy 4-butylresorcinol for cosmetic formulation?

Where to buy 4-butylresorcinol for cosmetic formulation?

There are many whitening ingredients, such as arbutin, niacinamide, and 377, which are relatively well-known ingredients. Today, let’s take a look at a member of the same family as 377, but the effect is better than 377. It is 4-butyl Resorcinol.

4-Butylresorcinol. It has a strong ability to inhibit the activity of tyrosinase, inhibits the production of melanin from the base layer, and has a very good whitening effect.

The specific effects are as follows:

It can effectively inhibit the activity of tyrosinase in the skin, block the formation of melanin, and accelerate the decomposition and excretion of melanin by directly combining itself with tyrosinase, thereby reducing skin pigmentation and achieving whitening effect.

Due to the super whitening effect of 4-butyl resorcinol, persistent use can dilute the acne marks caused by melanin precipitation.

4-Butylresorcinol is a small molecular compound, which can penetrate into the bottom layer of the skin. Long-term consistent use can play a role in lightening spots.

In addition, it also has a certain therapeutic effect on age spots. A related research team organized a clinical test on 14 elderly volunteers (55-60 years old, female). Age spots were treated twice a day with a formulation containing 0.3% 4-butylresorcinol, 0.3% hexylresorcinol and 0.5% phenethylresorcinol.

Another thing to pay attention to is that the use of this ingredient needs to build tolerance, because some people have skin intolerance to 4-butylresorcinol, and may experience redness, swelling and pain on the face and other allergies Phenomenon. 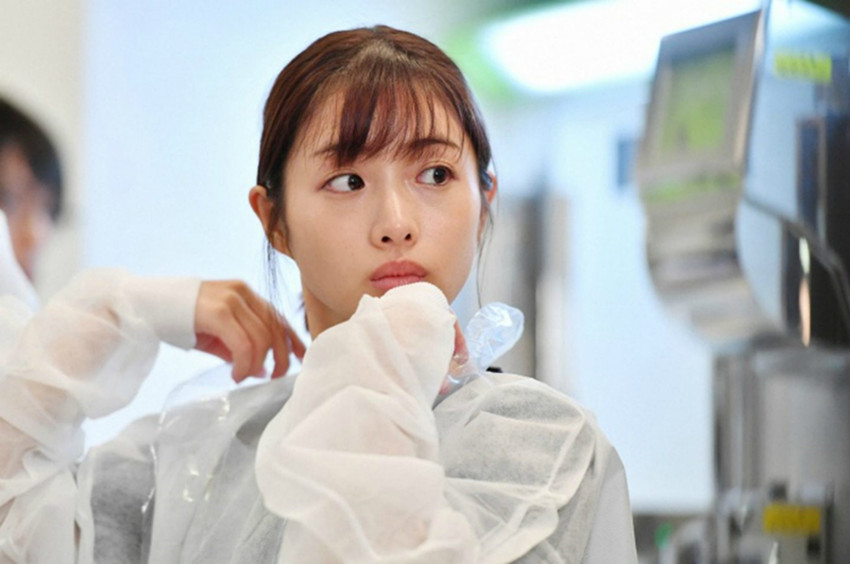 A group of researchers in Singapore did a comparative experiment on the treatment of melasma: one group used 2% kojic acid + 10% glycolic acid + 2% hydroquinone; the other group used 10% glycolic acid + 2% hydroquinone Hydroquinone. That is to say, the former group is two kinds of blemish ingredients + exfoliating treatment, and the latter group is one blemish ingredient + exfoliating treatment. Melasma improved in both groups during the 12-week study, and the treatment with the two blemish-lightening ingredients was more effective than the treatment with one blemish-lightening ingredient.

I think the skin quality of this group of people is the closest to the skin color of our Chinese people, so I think this result is still worthy of reference by our domestic doctors. But need to pay attention to:

Because glycolic acid is also an exfoliating ingredient of AHA, it also has the problem of causing light sensitivity.

Due to the side effects of hydroquinone, this anti-spot method should not be used for a long time.

In Japan, hydroquinone has been banned, and Japanese doctors began to treat melasma with oral tranexamic acid. However, the US FDA has not approved the use of this treatment. Therefore, in the United States, some doctors have also received gratifying results in lightening spots by using tranexamic acid external application + microneedling to treat chloasma. Some people even think that this method of lightening spots is completely comparable to hydroquinone, and has no side effects of hydroquinone. Therefore, this method is also one of the most popular anti-chloasma methods. Side effects: We must understand that the treatment effect of tranexamic acid is good, but not all people are suitable for this kind of treatment with tranexamic acid. You must consult with your doctor before deciding whether to use it or not. Because for some contraindications, the use of tranexamic acid is very dangerous.

Tranexamic acid is used as a skin care ingredient, which is also a new and effective way to lighten spots. There is no need for microneedling enhancement, as long as your doctor tells you that you have no contraindications to tranexamic acid, you can use it. Generally, the concentration needs to be kept in the range of 1-3%. Exceeding this concentration is still irritating to the skin.

Another thing that has been confirmed by scientific research and is sure to have a good effect on the lightening of chloasma is the combination of VB3 and N-acetylglucosamine. This combination is characterized by being very mild, non-toxic and side effects, suitable for all skin types, and can even be used during pregnancy to persist in anti-spot and anti-spot.

Because VB3 and N-acetylglucosamine have anti-inflammatory, skin soothing and moisturizing effects at the same time. The effect on the lightening of chloasma is three levels. That is, inhibition of pigment synthesis, transport and anti-inflammation. During pregnancy, under this formula, VC ethyl ether or fat-soluble VC can be added to strengthen blemishes. If it is a non-pregnancy period, you can add arbutin and VA acid derivatives; or increase the component of tranexamic acid to strengthen the blemish effect.

At present, there is still a very potential one that is butyl resorcinol. It is a pure pigment synthase inhibitor. Its inhibitory effect on pigment synthase exceeds that of hydroquinone, and is considered to be the strongest inhibitor of pigment synthase at present. Its efficacy in whitening, treating melasma and other pigmentation problems caused by other factors has been scientifically proven. Its side effects are mainly skin irritation. Commonly used concentrations are between 0.1-0.15%, and skin reactions above 0.3% are basically inevitable.

A milder alternative ingredient is hexylresorcinol, which is commonly used at a concentration of 1-3%. While it may not be as strong as butylresorcinol at inhibiting pigment synthase enzymes, it is less irritating and milder on the skin, and it is also a very strong antioxidant. I think this ingredient has great potential.

The ingredients mentioned above, except for hydroquinone (which is not recommended for long-term use), can often be found in skin care products and can be used to maintain the effect of lightening spots for a long time. Remember the three principles of our external skin care lightening method against melasma: safety, exfoliation care, and long-lasting multi-level lightening ingredients that interfere with the physiological behavior of pigment cells.

The above methods are for epidermal and mixed melasma. Three things are important when it comes to skin care:

Accelerate the exfoliation of epidermal cells that have pigmentation;

At the same time, due to the increase in the replacement speed of epidermal cells, the speed of pigment synthesis is controlled, and the amount of pigment that can be obtained by each epidermal cell will be significantly reduced. This is very important for whitening and blemishes.

3) Interfering with the activities of pigment cells and inflammatory cells:

Let me talk about my views on laser treatment, which is a topic that we all care about.

At present, all kinds of phototherapy for freckle removal, including advertisements for laser treatment of skin problems, make people feel that laser is omnipotent, so it is easy for us to try it with a fluke mentality. But you must know that the laser treatment of chloasma must be cautious. If it is not used properly, it will aggravate the problem of chloasma.

Laser treatment of chloasma leads to aggravation of pigmentation, which is the biggest concern of doctors for chloasma. So it is not that laser cannot be used, but it needs to be used with caution, and it also depends on the doctor's understanding of your pigmentation and whether the doctor is experienced. In addition, we have to be mentally prepared, because deep melasma often requires repeated laser treatments to be effective. Because the depth of each person's involvement is different, the doctor's treatment needs to be adjusted and explored repeatedly. Therefore, the effect is difficult to determine.

Can melasma be prevented?

There are many experts who believe that melasma cannot be prevented. Some people are more prone to melasma than others. Things like family history and pregnancy are unavoidable and therefore not preventable. However, I think that since there is a way to lighten spots, it is also feasible to do sun protection and use skin lightening skin care during pregnancy, at least not to let melasma develop uncontrollably. If you have chloasma, pregnancy will basically aggravate it. If you have a family history, the chance of chloasma will be higher than others, so it is also very important to use mild methods to prevent and resist the development of chloasma. . Earlier we talked about the earlier the treatment, the better the effect.