The main ingredients of royal jelly are water, crude protein, crude fat and decenoic acid (10-Hydroxy-δ-2-Decenoic Acid, referred to as 10-HDA). The decenone is the most important organic acid in the royal jelly, which helps to increase the immune system. According to German and French scholars, 10-HDA contained in the royal jelly can enter cymocytes and stimulate them to kill viruses, such as caused frostbite, genital disease herpes virus and hepatitis virus. In medicine, the royal jelly does still improve physical fitness, treat diseases, activated cells to prevent aging, antibacterial antibacterial and enhanced memory.

The characteristics of 10-HDA

When you taste the royal jelly, the spicy taste is from 10-HDA, and the more spicy 10-HDA content is more. In addition, 10-HDA is more important indicators that discriminate the quality or effectiveness of the royal jelly, in Japan, according to the fair competition Regulations, health food consumption of 10-HDA content, in recent years, more than 1.6%; Taiwan National Standards Bureau in 1988 The official GB9697-88 standard was issued, and it was booked at 1.4%, but the unit of the general folk grassroots acquisition of the bee jelly was booked at 1.6%. 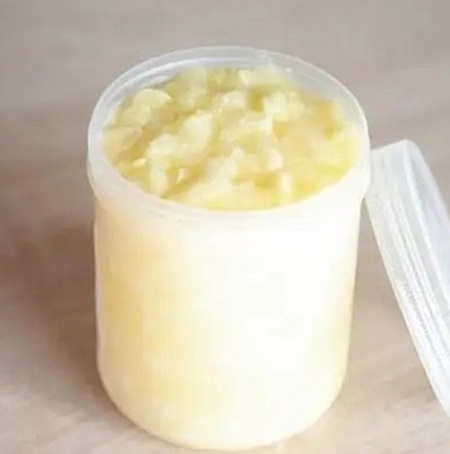 Royal jelly (RJ) produced by honeybees has been reported to possess diverse health-beneficial properties and has been implicated to have a function in longevity across diverse species as well as honeybees. 10-Hydroxy-2-decenoic acid (10-HDA), the major lipid component of RJ produced by honeybees, was previously shown to increase the lifespan of Caenorhabditis elegans. The objective of this study is to elucidate signaling pathways that are involved in the lifespan extension by 10-HDA.

Additionally, 10-HDA was found to confer tolerance against thermal and oxidative stress. 10-HDA increases longevity not through ILS but through dietary restriction and TOR signaling in C. elegans.