Betulinic acid, alias betulinic acid, is a natural lupin-type pentacyclic triterpenoid. It is a white crystalline powder with slight gas and bitter taste.

The role of betulinic acid in cosmetics

Betulinic acid has the effect of skin whitening: low-concentration betulinic acid can be used as a conditioning agent for skin, and it can be used with ascorbic acid to promote the formation of cortical collagen; when used in hair products, it can promote hair growth; it can eliminate free radical DMBA, etc. Data show that betulinic acid has anti-inflammatory and anti-allergic effects, and can reduce skin irritation when used in high SPF sunscreen lotions. 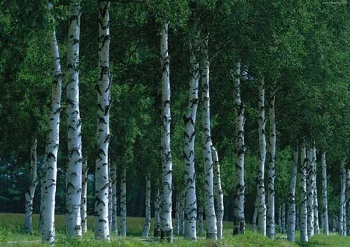 The earliest research report is that betulinic acid has strong selective cytotoxicity on melanoma cells, with an IC50 value of 0.5-4.8 mg/mL. More importantly, this study also shows the in vivo efficacy of BA, subcutaneously in nude mice. Injection of the melanoma cell line MEL-2, intraperitoneal injection of 50, 250 or 500 mg/kg BA produced highly effective tumor growth inhibition without any sign of toxicity to the host cells.

Leopoldo C et al. studied the selectivity of BA to tumor cells and found that its selective toxicity to tumor cells is very high, about 5 to 7 times that of normal cells.

In recent years, it has been found that betulinic acid also has a broad-spectrum activity on other tumor cells, such as glioblastoma, neuroblastoma, medulloblastoma, Ewing tumor and other malignant tumors, colon cancer, breast cancer , lung cancer, liver cancer, prostate cancer, renal cell, ovarian or cervical cancer and leukemia have strong inhibitory effect. In addition to its potent antitumor activity in various cancer cell lines, betulinic acid has also been shown to inhibit tumor growth in animals.

One of the most prominent biological activities of betulinic acid is its antiviral activity, especially its anti-HIV (HIV) activity. The emergence of drug-resistant strains of HIV and the side effects of long-term drug therapy make the treatment of AIDS more difficult. At present, it is an important strategy for the research and development of new anti-HIV drugs to find and discover active ingredients from natural products and use them as leads for structural modification.

The derivatization study of betulinic acid was carried out to optimize the anti-AIDS activity. The first betulinic acid derivative reported to exhibit great anti-AIDS activity was RPR103611, which was considered to be the first low molecular weight compound of fusion inhibitor. Anti-HIV-1 in vitro experiments found IC50 values between 40 and 100 nmol/L can prevent syncytia formation between HIV-1-infected cells and uninfected CD4 cells by inhibiting coat-dependent adhesion. Viral infection achieves anti-HIV-1 effect.

The currently recognized mechanism of action against AIDS is to inhibit HIV-1 reverse transcriptase or inhibit the activity of protease. Since the structure of betulinic acid derivatives is completely unrelated to the structure of known antiretroviral drugs, its mechanism of action is also different from clinical Existing enzyme inhibitors. Based on multi-site modification and structure-activity relationship research, it was found that a large number of highly active derivatives of betulinic acid showed better therapeutic index and stronger anti-HIV effect than some current clinical anti-AIDS drugs. Promising anti-HIV-1 candidate compounds, but their mechanism of action is not fully defined.

Betulinic acid is not only found in birch bark, but also in various plants such as peach tree, jujube kernel, sycamore, and jujube. The natural extraction method does not go through the process of chemical synthesis, and uses different solvents to extract betulinic acid from different plants. Liu et al. optimized a green, environmentally friendly and high-yield subcritical water extraction (SWE) extraction method, and obtained betulinic acid with a yield of 2.803 mg/g.

Although the natural extraction method is simple, the content of betulinic acid in plants is very small, so it consumes a lot of raw materials, has many impurities, and has low yield. The direct extraction of BA from plants has no potential industrial value. As a by-product of betulin extraction.

The one-step synthesis method is to simultaneously carry out the extraction of betulin and the preparation of betulinic acid, adopt organic solvents such as methylene chloride, chloroform, acetone, tetrahydrofuran, DMF to extract plants, extract the betulin with higher content, and simultaneously extract zinc nitrate, Oxidants such as chromium nitrate are attached to solid-phase carriers such as silica gel, alumina, and kaolinite, and the extracted betulin is oxidized to obtain betulinic acid. Since the extracted betulin is directly oxidized without separation and purification, the obtained product has complex components and many impurities, so the practical application value is not large.

The semi-synthetic method is to first extract betulin from plants, and then make betulinic acid from betulin through a series of chemical reactions. The content of betulin in plants is relatively high. At present, it is mainly obtained by direct extraction, and the extraction cost is relatively low. Therefore, the synthesis of BA using it as a raw material can reduce the cost and has a good industrialization prospect. Melnikova N et al. through the catalysis of Cr(VI) compounds in aqueous acetone (15-25 ℃) solution using alumina as a carrier, betulin can be selectively oxidized to BA, not only obtaining a yield of 93%-98%, The toxic reaction mixture was also removed by alumina adsorption, providing a simple and environmentally friendly reaction.

Microbial transformation is the use of enzymes produced by organisms in the process of metabolism to catalyze the reaction of substrates to obtain target products. Compared with chemical synthesis methods, microbial transformation has high stereoselectivity, mild reaction conditions, low pollution and low cost, and this method has the potential for industrialization. Feng et al. catalyzed direct microbial transformation of betulin to produce betulinic acid by culturing Armillaria luteovirens ZJUQH100-6 and Cunninghamella blakesleeana cells.