Chlorogenic acid is an extract of Eucommia. It has antibacterial, anti -inflammatory, detoxifying, bile, lowering blood blood cells, and significantly increased gastrointestinal motility and promoting pharmacological effects of gastric fluid secretion. It has a strong inhibitory effect with the virus. It has a significant effect on acute pharyngeal inflammation and skin diseases.

1. The sedative and analgesic effects Eucommiah leaves 20g/kg 20g/kg for mice for 1 hour, 2 hours, 3 hours, the number of spontaneous activities of mice has been significantly reduced, and the most obvious in 2 hours. The hot board method has confirmed that the mouse's abdominal injection of Eucommia's leaf water decoction (12g/kg of the hydrolytic liquid can increase the pain threshold of mice and has an obvious analgesic effect.

2. The role of the cardiovascular system

1) Eucommia leaves of the heart have a significant increase in coronary blood flow on the heart of the guinea pig's departure heart. The rabbits have 20g/kg, and there is no confrontation effect on ST segments caused by the static injection of inhalation of amopopyphromyoids and changes in T wave changes.

2) Anesthesia dogs and cats are noticed by the anesthesia dog and cats. After 0.4g/kg, the blood pressure drops rapidly, and gradually increases after 5 minutes. time. Alcohol extract also has a lowering effect, but the pressure reduction amplitude and maintenance time are worse than decoction. The antihypertensive test of anesthesia dogs and cats proves that the repeated removal of eucommia leaves and alcohol extraction solution can produce rapid tolerance in the short term. Continuous administration for 3-4 times without even reduced pressure. Eucommia's decoction and 65%ethanol extract 6 g/kg of the queen -to -kg can cause the blood pressure of the rabbit to decrease significantly. Eucommia's water solution, alcohol solution, ether solution, and various ingredients such as sugar, alkaloids, peach leaf glycoside, and chloroic acid are noticed by the rabbits, all of which have different blood pressure. 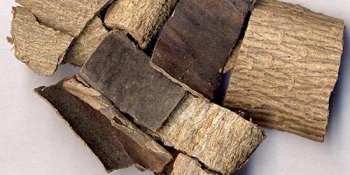 3. The impact on the immune function of mice is used for eucommia leaves to decoct the alcohol 10g (birth medicine)/kg, and for 10 days, it can inhibit the late-haired superfrigence caused by 2,4-diita chlorophenyl (DNCB) The response, which can be reduced to the percentage of T -cells caused by a large dose of hydrogenation, which can increase the percentage of T cells in peripheral blood peripheral blood, enhanced cells in the peripheral macrophage of abdominal cavity effect. The mice daily daily daily utensils of eucommia leaves 6g/kg, for 6 days, have the effect of increasing mice to devour carbon ink grains. The effect is roughly equivalent. Eucommia's leaf water decoction 12g/kg is filled, which has a significant effect on the function of macroex cell phagocytes under the effect of hydrogenated loosening, which increases the vitality of phagocytosis, indicating that Eucommia has the effect of enhancing the body's immune function.

4. Anti -inflammatory effects of rats are used for eucommia leaf alcohol extract 10g/kg, which has a inhibitory effect on egg white swelling, but the effect is weaker than sodium salicylate. Rats are used for Eucommia's leaf decoction 6g/kg, which has obvious inhibitory effect on egg white swelling, which can reduce eosinocytes in peripheral blood, but eosinophilic cells in peripheral blood of adrenal rats have not been removed. Seeing decreased, it means that the role of Eucommia is dependent on the existence of adrenal glands. Eucommia leaves 10g/kg, 5 days of administration, which can significantly reduce the percentage of lymphocytes in the blood of mice, and the thymus of young mice atrophy; Eucommia's decoction 10g/kg, for 8 consecutive days, can make the plasma cortisol content A significant increase can reduce the content of vitamin C in the adrenal gland in rats.

6. The effect of uterine decoction and alcohol extracts have inhibitory effects on the iconic mouse uterus, and can fight the excitement of acetylcholine on the uterus.

7. Other effects of 10%of Eucommia's leaf decoction are freely drinking by mice for 30 days. It has obvious antifreeze and can significantly extend the survival time of mice at -3 ℃ temperature. Branches and leaves water absorbing has the effect of anti -fat antimony. The radiological immunization measurement method is observed to observe Eucommia's leaf fossil 10g/kg of the stomach can significantly increase the level of CAMP and CGMP in mouse plasma.

8. Eucommia leaves can fight aging's main characteristics of the human body, which is protein, especially the synthesis of collagen slows down, and the stratum corneum update speed also slows down. Japanese scholars' studies have proved that Chinese medicine Eucommia leaves is extremely similar to the chemical composition contained in Eucommia, and its pharmacological effects are similar. Eucommia's leaf extract can stimulate the collagen synthesis of the old model rats. They also studied the methanol extract of Eucommia's leaves to prove that they could inhibit the aging process.