1. The effect on the gastrointestinal tract

Magnolia officinalis and its volatile oil have a bitter taste and can stimulate the sense of taste, reflexively cause saliva and gastric juice secretion, accelerate gastrointestinal motility, and have the effect of strengthening the stomach and helping digestion.

Magnolol has inhibitory effects on gastric ulcers caused by pyloric ligation and water immersion stress, and also has a certain inhibitory effect on duodenal spasm caused by histamine. Honokiol can significantly inhibit the effect of promoting gastric acid secretion in anesthetized rats caused by intravenous injection of tetrapeptide gastrin and carbamoylcholine. 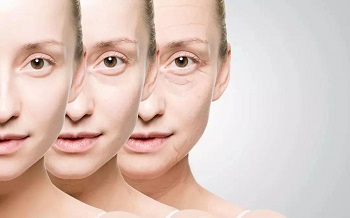 The effect on the isolated intestine of guinea pig is basically the same as that of mice. However, the excitatory effect is not obvious, and the inhibitory effect is stronger.

Magnolia decoction has inhibitory effect on dermatophytes such as Trichophyton violaceum, Trichophyton concentric, and Trichophyton rubrum. Experiments on the cariogenic pathogen Streptococcus mutans show that Magnolia officinalis has low oral toxicity, and has efficient and rapid bactericidal effect.

Magnolia decoction has some effect on improving the substantive pathological damage of experimental viral hepatitis in mice. It can still kill Ascaris suum in vitro. Magnolol has significant antibacterial activity against Gram-positive bacteria, acid-fast bacteria, yeast-like bacteria and filamentous fungi.

3. The effect of relaxing skeletal muscles

Experiments show that honokidine has obvious skeletal muscle relaxation effect, and there is no rapid tolerance phenomenon. When the concentration of honokiline is 30%, the contraction amplitude of rat diaphragm can be reduced by about 40%; when the concentration is increased to 40%, the contraction amplitude of rat diaphragm is close to the stop state. It has been reported that intravenous honokidine is similar to intravenous injection of tubocurarine and may be a non-depolarizing muscle relaxant.

Honokiol and isohonokiol isolated from Magnolia officinalis have central muscle relaxant effects. At higher doses, the reverse reflex of mice can be lost. Experiments show that intraperitoneal injection of magnolol and isohonokiol can inhibit the extensor reflex. However, this effect can be antagonized by large doses of strychnine, so it is a curare- like muscle relaxant and has a stronger effect than mayorne, and has a special and lasting muscle relaxation effect.

4. The effect on the central nervous system

The ether extract of Magnolia officinalis has obvious sedative effect. Intraperitoneal injection can inhibit the spontaneous activity of mice, and can also resist the excitatory effect caused by methamphetamine or apomorphine.

5. The effect on cardiovascular

Magnolia decoction has inhibitory effect on the isolated heart of toad. Magnolia injection has obvious antihypertensive effect when it is lower than the muscle relaxant dose, and this effect cannot be antagonized by antihistamines. The antihypertensive maintenance time of administration can reach more than 1 hour. Magnolia officinalis tincture water-soluble to anesthetized cats, rabbits intravenously or intramuscularly has antihypertensive effect, and can make the heart rate faster.

Honokiol can significantly and lastingly relax the central muscles, and can also inhibit the central nervous system. Honokiol also has anti-inflammatory and antibacterial properties, which can defend against a variety of pathogenic microorganisms. Honokiol can also resist ulcer, antioxidant, inhibit tumor, inhibit platelet aggregation and so on.

In clinical practice, magnolol is often used in the treatment of acute enteritis, amoebic dysentery, chronic gastritis, etc. Honokiol has obvious territorial effects on pathogens such as blue-positive bacteria and acid-fast bacteria, and has a particularly strong inhibition on staphylococcus. With the progress of anti-tumor research, the anti-tumor efficacy of honokiol is also being explored.

Magnolol has obvious antibacterial effect, the minimum inhibitory concentration of honokiol against Candida, Microsporidia, Chlorophyte, Aspergillus niger, Cryptococcus neoformans and Candida albicans, Bacillus subtilis and Mycobacterium smegmatis minimum inhibitory concentration. Magnolol has the effect of killing oral bacteria and eliminating bad breath, and has become one of the main components of menthol and chewing gum.

Honokiol can inhibit lymphocyte sprouting, ear swelling in mice, reduce the permeability of capillary walls at the site of inflammation, inhibit leukocyte migration and fibrous tissue proliferation in a dose-dependent manner. It can also alter cytokine patterns in inflammation-related diseases, reduce inflammatory factors, and increase the production of anti-inflammatory factors. We found that plasma and tissue concentrations of TNF-1 increased during hemorrhagic shock, whereas IL, the representative of anti-inflammatory factors, was unchanged in organs and tissues. Honokiol can reduce the concentration of the former in the lungs and increase the concentration of the latter in the lungs.