The Copper peptide's mechanism and application

What is blue copper peptide?

Regarding the mechanism of action of blue copper peptides, it is currently certain that copper is the most critical role. Some researchers say that copper plays an important role in protecting the health of the skin. It can help build collagen and elastin, and stimulate the skin's own production of hyaluronic acid, which is important for strengthening the skin. In related literature, it is believed that the coordination state of copper ions and tripeptides needs to be maintained to exert the effect of blue copper peptides, but acidic substances can easily free the copper ions in the complexes, which will reduce the activity of superoxide dismutase. thereby reducing the antioxidant effect. 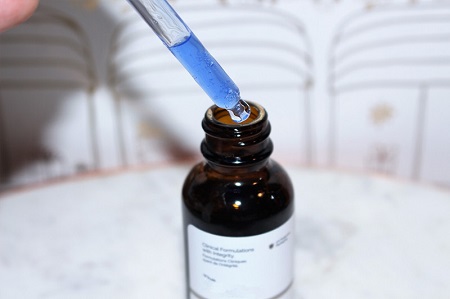 The application of blue copper peptide

Because blue copper peptides contain blue copper peptides, natural hirudin, amino acids, proteins and other nutrients, they can stimulate collagen fibroblasts to secrete collagen, thereby improving skin firmness and elasticity, reducing fine lines and scars, and improving skin elasticity. At the same time, it also has antioxidant effect, which is very powerful. In particular, blue ketone peptides can effectively promote the formation of collagen and elastin, firm the skin and reduce fine lines, increase the production of mucus between skin cells, delay the speed of skin aging, and keep the skin young. It is also used in anti-aging products. relatively broad.