Hydroxypropyltetrahydropyrantriol enters the skin and promotes the production and construction of proteoglycans called proteoglycans in the extracellular matrix (eg, gelatinous protein networks and sugars that act as scaffolds and intercellular shock absorbers). These molecules absorb water, make the matrix gel-like, and increase cell and skin firmness. It also acts as a pathway for repair molecules, such as proteins for cell growth. As the skin ages, the extracellular matrix gradually loses its elasticity; cells begin to deteriorate and can no longer produce youth-promoting proteins such as collagen. Hydroxypropyltetrahydropyrantriol uses the activity of the extracellular matrix to inform aging cells what to do, sending messages to young cells while re-stimulating aging cells. 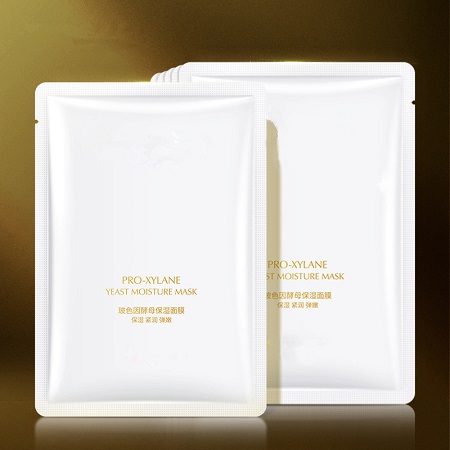 The functions of hydroxypropyl tetrahydropyrantriol

Pro-xylane has very similar activity to β-xylosides, but is structurally more stable and effective for a longer period of time. Once it enters the skin, it can:

1. Act on fibroblasts to promote the synthesis of glycosaminoglycans (GAGs) and proteoglycans.

2. Promote the synthesis of integrin α6, integrin β1, laminin-5, IV and VII collagen, help restore the function of the dermis-epidermal junction, and better anchor the dermis to the epidermis.

3. Act on keratinocytes, promote the migration of IL-10-dependent cells, and contribute to the repair and regeneration of epithelium.

With age, the skin epidermis and dermis will have some obvious changes, mainly reflected in the following aspects:

1. The metabolism of keratinocytes slows down;

3. The epidermis-dermis connection becomes weak and the skin loses elasticity;

5. The number and activity of fibroblasts are reduced;

By promoting the synthesis of glycosaminoglycans and proteoglycans, Boseine helps the epidermis and dermis closely connect and maintain the elasticity of the dermis; at the same time, it can promote the synthesis of collagen and promote the regeneration of damaged tissues.

In general, hydroxypropyltetrahydropyrantriol has three major functions: anti-aging, moisturizing and repairing. Because of its good efficacy and few side effects, it is now widely used in high-end cosmetics.

2. The influence of PH on the formula system: basically no effect, the normal Bose PH will be controlled at around 6-8 during production, and the pH of the whole system can be comprehensively designed according to the formula, for example, the system uses carbomer and then Bosein, the final pH feels too high. At this time, when neutralizing carbomer, add less alkali. Generally, when using Boseine, it can be regarded as a common neutral raw material, and there is no need to consider too much about it. System pH effect.

3. The stability of Boseine: In general, Boseine has good stability similar to that of general sugars. It has excellent stability at high temperature and light, and there is almost no discoloration.