The role of coenzyme Q10

The coq10 for heart disease

(1) Heart failure. The Q-SYMBIO study showed that the incidence of major adverse cardiovascular events, cardiovascular mortality and all-cause mortality in patients taking coenzyme Q10 were lower, and the NYHA cardiac function classification could be improved. "China Heart Failure Diagnosis and Treatment Guidelines 2018" analysis pointed out that myocardial cell energy metabolism disorder plays a certain role in the occurrence and development of heart failure. For the drug treatment of chronic heart failure with reduced ejection fraction (HFrEF), the use of improving myocardial energy metabolism Drugs such as trimetazidine and coenzyme Q10? can improve myocardial cell energy metabolism, symptoms and cardiac function, and improve quality of life.

(2) Myocarditis. "Chinese Expert Consensus on Diagnosis and Treatment of Fulminant Myocarditis in Adults" pointed out that all patients with fulminant myocarditis should be given general symptomatic and supportive treatment, and coenzyme Q10? and other treatments to improve myocardial energy metabolism and cardiac function are actively recommended. Coenzyme Q10 is safe to take for a long time, without accumulation and toxic side effects. Currently, the recommended dosage is 20-100 mg, 3 times/d. Despite these positive findings, further research is needed on how to identify patients who would benefit from coenzyme Q10 before inclusion of coenzyme Q10 in guided drug therapy.

(3) Coronary Heart. Disease Studies have found that coenzyme Q10 content less than 60% can lead to palpitation, chest tightness, and body fatigue; less than 40% can lead to myocardial infarction, myocardial ischemia, coronary heart disease, and less than 25% can cause heart disease. Stop beating or even die suddenly. However, current evidence does not support the routine use of coenzyme Q10 in patients with coronary heart disease, and more research is necessary to fully define the benefit of coenzyme Q10 in patients with coronary heart disease before including coenzyme Q10 in guiding drug therapy. (4) Other heart-related effects Coenzyme Q10 has no significant effect on specific cardiovascular risk factors such as blood pressure, dyslipidemia and blood sugar control; there is little evidence that coenzyme Q10 can reduce the risk of certain complications of cardiac surgery and can be taken before surgery; It has no value in the treatment of cancer, but it can reduce the risk of heart damage caused by a cancer chemotherapy drug; it has no positive effect on malignant or potentially malignant arrhythmias such as premature ventricular contractions, atrial fibrillation, and ventricular tachycardia, and patients benefit not Significantly. 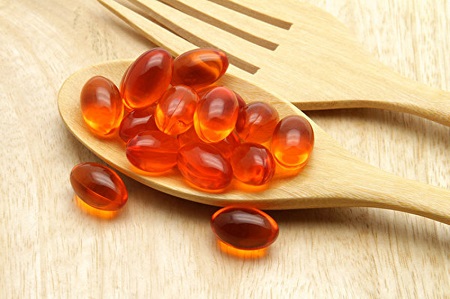 (2) Parkinson's Coenzyme Q10 is not beneficial for relieving the symptoms of Parkinson's patients. A large U.S. study showed that even at higher-than-usual doses, coenzyme Q10 did not improve symptoms in people with early-stage Parkinson's disease. A 2017 review of this and several other smaller studies concluded that coenzyme Q10 was not significantly helpful in relieving Parkinson's symptoms and slowing the progression of diseases such as ALS, Down's syndrome and Huntington's disease.

Other effects of coenzyme Q10

(1) Regarding the side effects of statin-related muscle symptoms, although the results of various studies are different, the overall scientific evidence does not support the view that coenzyme Q10 can reduce statin-related muscle symptoms (SAMS:Statin-Associated Muscle Symptoms); The latest U.S. cholesterol guidelines in 2018 and the Taiwan Society of Lipid and Atherosclerosis Statin Intolerance Expert Consensus Statement "Statin Safety and Side Effects" point out that muscle enzyme level testing is not routinely recommended during statin use (COR: III, LOE: BR), the effect of coenzyme Q10 on muscle symptoms and myopathy is uncertain and whether it can improve statin-related muscle symptoms (COR: III, LOE: C-LD); (2) One study investigated the effect of coenzyme Q10 on the body The effect of activity, supplementing ? 1200 mg? Coenzyme Q10 daily for ? 60 days can reduce oxidative stress in muscles after exercise. The possible mechanism is that Coenzyme Q10 is involved in energy production. Supplementing Coenzyme Q10 can reduce oxidative stress and Improves mitochondrial function Improves physical condition and performance, and reduces fatigue;

(3) Likewise, coro q10? antioxidant properties help and even potentially reverse age-related declines in egg and sperm quality and quantity, improve sperm quality, activity, and concentration, improve Reproductive ability; (4) Coenzyme Q10 can reduce internal and external factor damage by increasing skin cell energy production and promoting antioxidant protection. Direct application of Coenzyme Q10? on the skin has been shown to reduce UV-induced sun oxidative damage and reduce wrinkles depth and even the occurrence of skin cancer. However, other studies in this field have produced different results; (5) The studies on anti-aging, immunity and resistance are limited, and no conclusions can be drawn. Can be taken as a dietary supplement as recommended by a doctor. The standard dose range is 90 mg/d to 200-500 mg/d; coenzyme Q10, a fat-soluble compound, has slow and limited absorption, and can be absorbed 3 times faster when taken with food.

Coenzyme Q10 is widely found in the animal and plant kingdoms. According to the dietary habits of Chinese people, the average daily intake is about 4.2~7.2 mg. The recommended daily intake of normal people is 30 mg, which can be increased from the following foods.