What are naturally occurring structural analogues of rosmarinic acid?

The application of Rosmarinic acid (rosemary extract) in the field of food, health products and cosmetics. Rosmarinic acid has biology of antioxidant, anti -inflammatory, antibacterial, and antiviral.

Rosmarinic acid has been widely used in medicine and cosmetics

It can also be used as spices for various soups and seasoning foods; it also has anti -corrosion antibacterial effects. In Japan, a perilla extracts rich in Rosmarinic acid are used as decorations to improve the shelf life of fresh seafood. 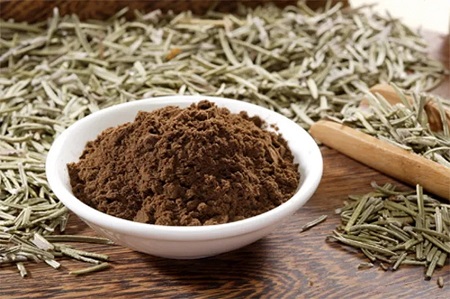 It can be used in skin care products to remove pigmentation, antioxidant, increase skin elasticity, delay aging, etc.; for shampoo hair care products, it can promote the blood circulation of the scalp and change it.

Good hair loss, reducing the occurrence of dandruff and stimulating heads, moisturizing hair. Therefore, Rosmarinic acid can be used as an excellent additive in cosmetics.

The light protection effect of rosemal acid. The sun ultraviolet and other ionized radiation leads to active oxygen, causing cell DNA damage and changing the stability of the inside of the skin. fan

Diene acid can inhibit ultraviolet radiation that causes skin changes, and has light protection performance to human keratinic cells. Therefore, Rosmarinic acid can be used in skin care cosmetics and can fight

The oxidation stress caused by UVA can be used as a light protective agent in dermatology.

Rosmarinic acid can terminate the chain reaction of lipid peroxidation through competitive binding lipid peroxyl groups; it can also inhibit the protein synthesis and composite of the induced nitrogen oxide compound enzyme

Nitrogen generation to play an antioxidant effect. Rosmarinic acid has a strong activity and antioxidant effect of free radicals in the body. Studies have shown that the mechanism of its role is: Rosmarinic acid acid combined with unsaturated fatty acids and lipid peroxyl groups to end lipid oxidation chain reactions to reduce lipid peroxidation rates, and Rosmarinic acid is oxidized into Format; Dienexinic acid can inhibit the outbreak of neutral granulocytes and inhibit the release of the solvement by reducing the concentration of calcium ion in the cell;

White oxidation. The antioxidant effect of Rosmarinic acid is related to its structure. Studies have shown that neighboring diol hydroxyl groups are a material basis for removing free radical activity. And the C3 -digit co -dual -key. It has an efficiency improvement.

Bacteria and vein of bacteria have obvious inhibitory effects. NEUSA and others found that Rosmarinic acid can inhibit the growth and biological growth of dental caries and mutant link bacteria 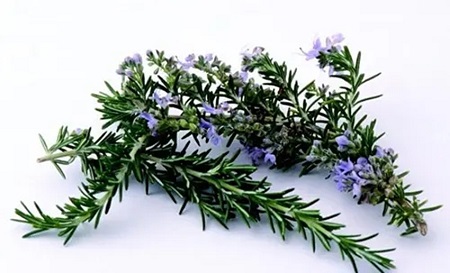 (3) Inhibit mold: The Rosmarinic acid extracted from the plant has inhibitory effects on the fungus and its mold spores that cause soil transmission, and effectively reduce the swimming spores Germ.

The virus display is particularly activated, which is an effective ingredient to control herpes disease. In addition to inhibiting some enzyme activity in the life cycle of the virus, its antiviral activity can quickly be except the virus

The combination of shell protein makes the virus lose.

(2) Anti -hepatitis: Rosmarinic acid can reduce the liver injury induced by fat polysaccharides (LPS), which significantly inhibits plasma transaminase levels The elevation proves that the liver protection of Rosmarinic acid is produced by removing or reducing hypoxides or oxidized nitrite instead of inhibiting TNF -α.

Rosmarinic acid acid has antidepressant effect on depression animal models. Experiments in cell proliferation in the mouse and horses, and use the bromine deoxylidoside antibody to analyze immunohistochemistry and explore.

8) The effect of radiation protection of Rosmarinic acid

Rosmarinic acid can be used as a light protective agent to play a role in anti -radiation and anti -ultraviolet rays.

9) Other functions of Rosmarinic acid

1. Rosmarinic acid is widely used in industries such as food, functional food, spices and condiments and daily chemicals as natural antioxidants.