Home / News / What are the benefits of honokiol

What are the benefits of honokiol

The pharmacological effect of Honokiol

Honokiol is a lignin compound that is separated from traditional Chinese medicine. It belongs to phenol -type compounds and is one of the main components of Hill. Honokiol is tan to white fine powder, with fragrance, spicy taste, and slightly bitter. The monomer is a colorless scales -shaped crystal with a melting point of 87.512. Soluble in general organic solvents, easy to dissolve in benzene, ether, chloroform, ethanol, etc., difficulty in water. In the chlorine chloride, it is blue with iron chloride; reacts with the methanol solution of the trichloride, showing blue and black; reacts with the Millon reagent, showing brown -colored precipitation; reaction with the amphenazol hydrochloric acid solution shows red precipitation. In recent years, with the development of modern medicine, it is found that and the discovery of antibacterial, antimony, anti -tumor, anti -tumor, anti -inflammatory, antioxidant, anti -aging, anti -platelet condensation, anti -arrhythmia, and cholesterol to reduce cholesterol.

Honokiol has obvious inhibitory effects on rice patterns dead, Hechi, chain spores, black mold, neonatal bacteria, and white Candida. Half of the valid concentration (ECSO) are 4.15 to 12.69 and 3.14 "12.87mg / kg. Hepoline also has obvious inhibitory effects on bacteria, such as Chain Bacteria, E. coli, etc., and the concentration of bacteriostatic concentration is within 10i-Tg / ml. As the concentration increases, its bacteriostatic effect will be significantly increased by 201. Hepoline has a powerful anti -dental caries, mainly to play a role in mutant link bacteria in the mouth. In addition, and Honokiol also have a significant inhibitory effect on the pathogens around the teeth, such as the intermediate mobilizer and Tenghuang Micrococcus bacteria in the middle Herbalia bacteria, bleaching bacteria, and gingival porphyoline, and its MIC is 25pg / mlt211. The anti -caries mechanism is that there is a hydrophoblaxyl and lipid phenols on the phenyl ring, which can adhere it to the mutant rlong bacteria and other Gram -positive bacteria].

Studies in the body show that and Honokiol have the effects of inducing apoptosis of tumor cells, promoting tumor cell differentiation, inhibiting tumor blood vessel production, inhibiting tumor metastasis, and inhibiting tumor cell proliferation. The characteristics of multi -effect, and low toxic and side effects. Kwang seokahn and other found and Hulkol can inhibit nuclear factors. The expression of genes that activated and NF -KB mediated, together with chemotherapy drugs to promote tumor apoptosis caused by cell necrosis factors, inhibit tumor cell invasion caused by tumor necrosis factors, inhibit bone cells, and thus get up Anti -tumor activity such as anti -vascular production and inhibitory metastases. JIA and other analysis of cycle distribution and tissue analysis of cells showed that and Herpogol not only can promote apoptosis, antemiciane production, but also improve the radiation sensitivity of tumor cells, indicating that radiation therapy is combined with the combination of Honokioll It will play a greater anti -tumor role.

As a effective ingredient of traditional Chinese medicine, and Honokiol plays an important role in anti -inflammatory. Studies such as Melissa have found that Honokiol can stabilize the main symptoms of chronic arthritis caused by viruses. Matsuda H et al. Discovery and Hulkol have a weak inhibitory effect on induced NO synthet enzymes, which can reduce the production of NO products in the NO products in macroexee cells. Honokiol has a significant inhibitory effect on inflammation caused by neutral cells, and is mainly achieved by inhibiting active oxygen products. Liou KT and other mouse's neutral granulocytes as experimental materials. After research, and Hulinphenol can regulate the NADPH oxidase, marrow peroxidase, epoxy enzyme and glutathione Oxidase production. 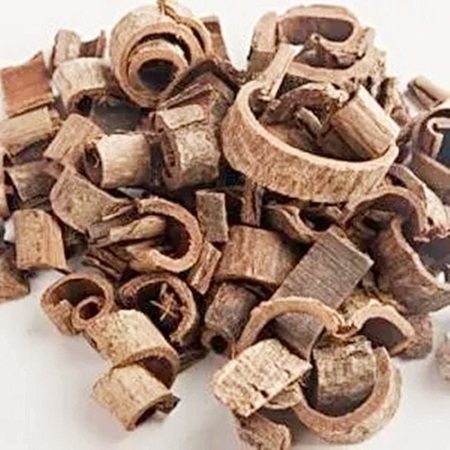 (5) The protection of cerebral ischemia and ischemic reinion

Honokiol has a protective effect on cerebral ischemia and ischemia. Studies such as liou KTT such as and other studies have found that and Hulkophenol has a protective effect on rats' brain ischemia. After 15 minutes before the middle arteries were blocked on the right side of the brain, the dose was given to the intravenous dose to 0.1 and 1.099 / kg and Hulkol can significantly reduce the volume of the infarction. Among the rats that are repeatedly injected by the brain ischemia, 15MIN 15MIN or 60rain intravenous injection and Hulkol (0.01-11.0099 / Kg) can dependence on the total volume of a total volume of 20 % before the atmospheric occlusion or occlusion "-70 %. The mechanism of action is mainly through the weakened metabolic function of mitochondria in the brain cells, and the activity of sodium ions and potassium ion ATP enzymes, thereby reducing a large number of cerebral infarction volume and active oxygen acutes , And the protective effect of repeated injuries and excitement amino acid toxicity, free radicals, intracellular calcium overload, inflammation, nitrogen oxide compound enzyme (NOS) excessive activation, neuroplastin apoptosis, etc. All related.

(6) Honokiol has a calcium antagonistic effect

The stimulating effect of cyclopenrogenic phosphates of cyclopenoprotidic antagonine, and the IC50 is 27 mol, indicating that Hippoline is through phosphate enzyme enzymes C BMW's pathway causes the increase in CA2+in the cytoplasm, and this increase is due to the CA2+release of the intracellular storage.

As a natural small molecule compound, and Honokioll has lasting muscle relaxation. Honokiol can inhibit the secretion of three kinds of tea pyreteramine, adrenaline and adrenaline, and adrenaline, thereby inhibiting morphine abstinence. Honokiol can significantly inhibit the excitement of mice caused by excessive dopamine secretion, effectively inhibiting mouse convulsions [321. In addition, and Hulkol also has a variety of pharmacological effects such as anti -cardiac rhythm, reducing cholesterol, and anti -aging.