Home / News / What does Gallic Acid do

What does Gallic Acid do

Gallic acid, chemical name is 3,4,5-trihydroxybenzoic acid,molecular formula C7H6O5,is a polyphenolic organic compound, widely present in rhubarb,eucalyptus,dogwood and other plants,in food,biological,It is widely used in medicine,chemical industry and other fields.Gallic acid (GA),which is an organic acid,can be found in tea,witch hazel,gall and other plants,also known as gallic acid or gallic acid.Gallic acid ester compounds are excellent food antioxidants.Many studies have pointed out that gallic acid has various biological effects such as anti-free radical,anti-mutation,antibacterial,anti-inflammatory and anti-virus.GA also has anti-tumor effect,which can Inhibits the metastasis of mast cell tumors and prolongs the survival period,it is a natural food compound.It is known from the literature that old tea containing gallic acid (GA) does have health benefits. 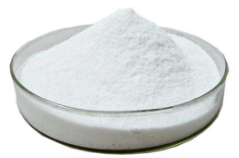 The study found that the cell death caused by gallic acid (GA) acting on Calu-6 and A549 lung cancer cells was related to reactive oxygen species (ROS) and glutathione (GSH).GA inhibited the growth of lung cancer cells.The results showed that 200 or 400umol/L GA could inhibit the growth of vascular endothelial cells and induce cell death after 24h treatment of cells.

1. In vitro experiments,it has bacteriostatic effect on 17 kinds of fungi such as Typhoid Bacillus Hd,Staphylococcus aureus, Neisseria,etc.When the concentration is 3%, it can treat bacillary dysentery.It has the functions of astringency,hemostasis,and diarrhea.In addition, studies have shown that it also has a certain inhibitory effect on influenza virus.

2. Studies have shown that GA has an anti-tumor effect and can inhibit the metastasis of mast cell tumors, thereby prolonging the survival period.GA and its ester derivatives have various biological activities such as antioxidant,anti-mutation,and anti-inflammatory.Relevant studies have shown that anti-tumor activity is induced by a combination of different mechanisms.These compounds may become novel agents for the treatment of cancer in the future,which can act alone or in combination with other anticancer drugs to enhance their anticancer effects.

Gallic acid and the treatment of rheumatoid arthritis :

The protective effect of gallic acid on liver damage:

Anti-tumor: It has a strong inhibitory effect on mouse lung adenoma caused by morpholine and sodium nitrite.

Biological activity: Gallic acid has various biological activities such as anti-inflammatory,anti-mutation,anti-oxidation,and anti-free radicals; at the same time, gallic acid has anti-tumor effect,which can inhibit the metastasis of mast cell tumors,thereby prolonging the survival period; it is also relatively suitable It is a candidate drug for killing trypanosomes; it has a protective effect on the liver and can resist the physiological and biochemical changes of the liver induced by carbon tetrachloride; it can induce vascular endothelium-dependent contraction and endothelium-dependent relaxation by inhibiting the production of endothelial NO.