Home / News / What does resvertrol do?

Resveratrol is a compound that can be found in many plants. It is also called plant antitoxin because plants can naturally produce this antibacterial substance to resist bacteria and fungi. Plants containing resveratrol include grapes (and grape skin), woodberry, mulberry, blueberries and orange. Peanuts, some pine trees, and weeds of Japanese tadpoles also contain a relatively abundant resveratrol.

Many people believe that resveratrol has the effect of anti -aging, so that some extracts obtained from the cousin are also advertised as nutritional supplements by the market. But so far, the test data conducted by researchers on mice can only prove that Protouter has a long life effect.

One of the resveratrol is considered to be good for health. Although the French tend to be a fat diet, the incidence of heart disease is lower than that of most other countries. Therefore, many people think that this is because the French have daily drinking red wine habits. Although red wine has a anticoagulation effect, many people think that resveratrol also plays a role.

In fact, the resveratrol content in red wine is very small. If you want to get more resveratrol, the most common natural food source should be peanuts. Peanuts are more than that of any paste or grapes.

Preliminary research determines that resveratrol is a good antioxidant, which helps enhance endurance and promote memory. There are already some evidence to support the view that this compound has the point of preventing the effects of reversing virus such as HIV and herpes zoster. 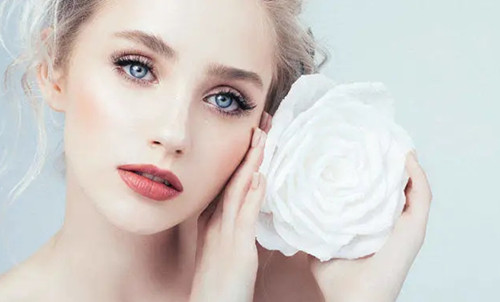 The role and effect of resveratrol

Resveratrol can be said to be a natural antioxidant. Resveratrol can effectively suppress the removal of free radicals, effectively prevent lipid peroxidation, and play a role in anti -aging. Resveratrol can also regulate antioxidant enzymes, which has a great effect on aging. It allows you to say goodbye to wrinkles, improve dullness, and make your skin fair, delicate, moisturized, and delicate.

Resveratrol is rich in nutrients, vitamins and trace elements, which can provide nutrition for the body. Taking resveratrol every day can effectively protect our nerves, avoid cognitive degradation, effectively prevent dementia, and adhere to the use of resveratrol can also improve the body's disease resistance and immunity.

1. Regulating blood sugar is beneficial to patients with diabetes

Diabetes is very common and is easy to prevent, but many people do not pay attention to diabetes. Diabetes problems are arteriosclerosis. In addition to improving myocardial infarction and brain stroke, if it affects the kidney micro -blood vessels, it will further cause renal failure. Therefore Controlling blood sugar is related to life (in the United States alone, 70,000 people die every year due to complications of diabetes).

After studying, people who weighed fat are 150 mg per day, for 30 consecutive days, which can improve its blood glucose value (decrease 4.2%) and insulin concentration (decrease 13.7%).

For those who have diabetes, the resveratrol can improve blood glucose, insulin, and glycated hemoglobin. The study also mentioned that the improvement of these blood glucose marks was not found on non -diabetes patients.

According to the World Health Organization estimates, 2.3 billion people in the world have excessive weight (population over 15 years old), and 700 million people have reached the standard of obesity.

Large observations found that (10 years of tracking, objects are 500,000 men and women), and overweight will increase by 20%to 40%of the mortality rate, which is 2 to 3 times that of those with normal weight.

A systemic literature analysis (SystemAtic Review, including 7 studies, participants with a total of 208 people) pointed out that for the objects with excessive weight, oral resveratrol has no obvious effect on weight management, reducing fat tissue, abdominal obesity ( However, the only positive result is that resveratrol can reduce the inflammatory mark (IL-6)).

Researchers believe that weight loss is a gradual process. Considering that the number of samples is too small, heterogeneous, and the experimental period is too short (mostly less than 90 days), it still needs further confirmation in the future.

3. Reduce the risk of cardiovascular disease

Among them, coronary heart disease (that is, angina pectoris and myocardial infarction) is the most common type. It is common in men aged 40 to 60. Most women occur after the age of 50, which is the main cause of sudden death (about 70%of the total number of deaths of heart disease) Essence

In addition, in a dual -blind control study (75 samples and one year of experimental period), taking resveratrol can not only significantly improve a variety of inflammatory factors, including C reactive protein (CRP) and tumor necrosis factor (tumor necrosis factor ( TNF-α) also reduces the factors that cause thrombosis: the first type (PAI-1) of the blood fiber protein solunts, which may be used as a golden component to prevent cardiovascular disease.

Generally, the brain will have a path of aging above. After the elderly, if the body and mental condition is normal, under normal aging, the cognitive function usually begins to decline until the age of 80. Another path is related to dementia. It is characterized by destruction of brain cells. It is easy to cause memory and cognition to be damaged for a long time, and even unable to take care of themselves.

The most common in the elderly dementia is: the main pathological characteristics of Aziheimer's disease is the accumulation of neuroplastin B -type starch protein, causing abnormal and necrotic cell function. Essence

It is found in animal experiments that the experimental mouse is given resveratrol, in addition to extending the average life expectancy, it can also reduce the aggregation of ethyl -type amyloid protein and TAU protein, which has the effect of protecting nerve cells and slowing cognitive degradation, but related humans Studies have to be confirmed.

In a small study (for middle -aged people who have exceeded the standard and ages at the age of 50 to 75), taking resveratrol (200 mg per day and last 26 weeks) can not only improve blood sugar metabolism and body fat, but also It helps to improve the memory performance (can recall more words that you hear 30 minutes ago) and an important block of the hippocampus recovery function/forming long -term memory.

The red wine markets have been very popular over the years. Whether they are relatives or salespersons, they will say that drinking red wine is better than drinking white wine, and drinking red wine is many benefits. All wine contains resveratrol, which has the highest content in red wine. For wine, only red wine brewed in traditional ways will decompose the resveratrol in the grape skin. Seeing that everyone should understand here, if you do n’t spit grape skin, you can treat anti -cancer. What about the role? The answer is impossible. A resveratrol is a plant antitoxin in order to resist the invasion of mold, and it is stored in the grape skin after generation. But if the human body can be decomposed after consumption.

If red wine can prevent cancer, it can only mean that red wine has a little auxiliary effect, not a dominant role. However, wine can inhibit platelets condensate and blood vessels to relax, and keep blood flow. This still has a certain reason. Drinking a little red wine every day not only hurts the body, but also has a good role in the body.

The giant knot weed is a traditional Chinese medicine, which is the dry rhizome and root of the family -based plant. For a long time, it has been used to treat and prevent hyperlipidemia and arteriosclerosis. Here you can also see the use of Chinese medicine for the use of slot waters. It is also very scientific. I look down on my ancestors' friends. You can think that you have something to learn. Blogging all day cannot drive GDP.

The use of pills for tiger wool can also achieve the role of wine. The specific method can go online to learn about it by themselves. In order to let everyone learn from self -study, I won't say much.

Peanut red clothes are the thin layers of peanut rice surface. There are quite a lot of resveratrol in the benevolence. In addition, peanut fruits contain protein, fat, sugar, vitamin A, vitamin B6, vitamin E, vitamin K, and nutritional ingredients such as mineral calcium, phosphorus, iron, and other nutrients. Contains lecithin, choline, carotene, crude fiber and other substances. In daily life, our common recipes for treating hypertension are vinegar. The key point of this recipe is to soak and eat with peanut skin to achieve a certain effect of food therapeutic effect.