What is broccoli seed extract?

Because of the rich radish, it has an anti-cancer anti-cancer, the effect of preventing the pulmonary bacteria, the control of gout, and the broccoli seed extract can be removed due to various other nutrients in Broccoli. Free radical, prevent aging, antioxidant effect.

The main role of broccoli seed extract is anti-cancer

Principle: An enzyme extracted in Broccoli can prevent cancer. This material is radish, and there is a function of improving cancer detoxification activity, and can help cancer cells are repaired as normal cells. broccoli seed extracts also have anti-aging, improve immunity, remove pulmonary bacteria.

Diabetes has become one of the world's most serious public health issues. In 2015, the data released by the International Diabetes Union showed that the mortality of diabetes was greater than the total sum of AIDS, tuberculosis and malaria mortality, and about 1 diabetes patients were died in about every 6 seconds. The number of adult diabetic patients has reached 415 million. Diabetes common treatment includes controlling diet and taking metformin and other drugs. The core problem of type II diabetes is that cells are slow to react to insulin, resulting in relatively insufficient insulin function, causing a series of metabolic disorders. At present, the best diabetic drugs in clinical practice are godpharmimide, which can provide cellular sensitivity to insulin targeted. However, metformin has certain hazards on the liver, and there is a significant number of patients who cannot use this kind of hardship because of poison side effects. The latest clinical studies have found that radish seedlings have a therapeutic effect on II diabetes, which is very unexpected, but it seems to be a new strategy for the clinical treatment of diabetes.

Plant diet has a certain role in diabetes, and the effect of Broccoli is particularly obvious. There have been studies show that a compound radish vioxin in the brocchematic commutation can reduce the blood glucose level of diabetic mice. Radish is also known as "菔 thikane", is a isothiocyanate, from sulfur sustinoside hydrolysis. In Broccoli, Mustard, Northern Round and Radolta is richer. 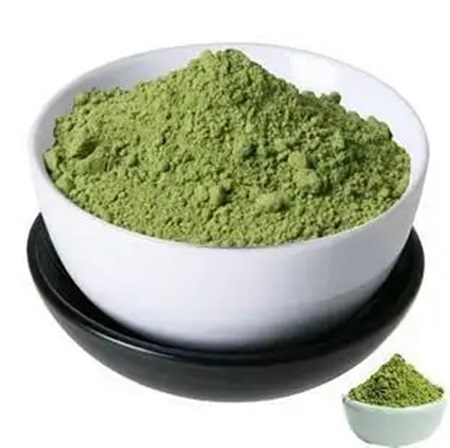 The research team of the University of Gothenburg, Sweden found that this role is also reflected in the human body. The study was published on the 14th "Science TranslationalMedicine".

In this new study, the researchers analyzed the gene expression mode associated with type 2 diabetes and compared to the genetic markers of thousands of candidate drugs to find specific compounds associated with gene expression in hepatocytes. The researchers finally found radish in these compounds - this natural compound commonly related to diabetes-related gene expression in the compound of the compound. The researchers have cultivated hepatocytes from type 2 diabetic rats, treated with radish sulfide. As a result, radish sulfur can inhibit the production of cellular glucose, and improve high fat or high sugar diet mice glucose tolerance. In view of the optimism of cells and animal experiments, the researchers conducted clinical experiments.

Studies have recruited 97 patients with type II diabetes, allowing them to take high concentration radish and placebo in three months. Three of these subjects did not take dimethformin, other subjects have been taking them, and they continue to take during the test. Three subjects can control blood sugar level without having a metformin. Compared to the placebo control group, the average blood glucose was taken by 10%. Blood glucose levels in patients with "modulated abnormal" have a maximum of blood glucose levels, and their reference is the highest. 10% sounds not so much, but it is enough to reduce the risk of complications that occurred in the eyes and kidneys. The radish sulfide concentration is about 100 times in Broccoli. Rosengren said: "It is equivalent to eat 5 kg of broccoli every day." It seems that it is difficult to achieve such effects by eating broccoli.

Studies have also found that radish sulfur hypoglycine is completely different from metformin. Dimethium guanidine makes cells more sensitive to insulin, allowing the cells to consume overtocalyptic sugar in blood. Radish is reducing the release of glucose from the liver by inhibiting the enzyme activity of the liver-generated liver of glucose. This suggests that radish sulfide and metformin can be used in conjunction. The research team is working with the Swedish Farmers Association to seek Brinence pollen is approved as a drug.

Radish is a classic compound. The main biological effect is to activate a transcription factor NRF2 in the cell, and NRF2 is a common transcription factor of two-phase disinfection enzymes and antioxidant, which is to regulate a variety of antioxidant synthetase and antioxidation. The most important regulatory factor of enzyme gene expression, maintaining cell oxidation reduction balanced central molecules. It is also an important regulatory factor in the balance of inflammation in the body. Radish is the strongest natural activator, so a large number of studies have found that this natural substance has a key factor in improving the body's own antioxidant anti-inflammatory ability. It is a key factor in anti-cancerous cancer in Broccoli.

This is like this to activate NRF2. First, it causes an increase in the intracellular active oxygen and then modifies the KEAP1 and causing the conformation change, which results in the separation of NRF2 / KEAP1 in the binding state, and the NRF2 will be transferred to the cytotic and the ARE reaction element combined to function Promoting the expression of antioxidant enzymes and glutathione peptides, increasing cell antioxidant capacity. Radish sulfides have been used as NRF2 system activators for research, found with a wide range of biological effects, such as prevention and treatment of inflammatory diseases and fatty liver.

Although the study is a clue through gene expression correlation, it is associated between diabetic gene expression changes and radish sulfur gene regulatory effects, but if we see this problem from the perspective of the bystander. The root cause of type 2 diabetes is inflammation and oxidative damage, and many gene changes may belong to inflammation and oxidative balance. Radish sulfides primarily modulate the anti-inflammatory effects mainly, so both have a close relationship. The study of radish sulfide has also suggested that there are similar effects, just without gene expression analysis. This can be said to have a tall technology, finding an unexpected target molecule, then the cytology, animal model and human research are quite a relatively natural research.

Diabetes is a disease that is eaten, and metformin is the drug obtained by studying plant components. The latest study is also plant components, and it seems that diabetes eaten, or to find breakthroughs from food and natural compounds. Eat the disease again.