What is coenzyme Q10?

In fact, coro q10 is a substance that occurs naturally in the body, with the highest levels found in the heart, liver, kidneys and pancreas. Due to the important function of coenzyme Q10 in the human body, the content of this substance in the human body, especially in some organs, is reduced in some special physiological or disease states. Coenzyme Q10 is often sold as a "dietary supplement" in countries such as the United States, and so far, researchers have focused on whether coenzyme Q10 supplements are beneficial to health. It is worth noting that the "China Heart Failure Diagnosis and Treatment Guidelines 2018" and "Chinese Expert Consensus on the Diagnosis and Treatment of Fulminant Myocarditis in Adults" officially recommend coenzyme Q10 as an adjuvant drug treatment method, which can improve the myocardial energy metabolism of patients, thereby improving cardiac function.

Is Coenzyme Q10 a medicine or a health supplement?

Coenzyme Q10, also known as ubiquitin ketone, has a simple structure, is ubiquitous in animals and most bacteria, and belongs to the coenzyme family. In the human body, the most common form is coenzyme Q10 or ubiquitin 10, which is fat-soluble, similar to vitamins, and can be synthesized in small amounts by the human body. In addition to red blood cells, most tissue cells and 95% of energy in the body require aerobic metabolism for energy. Therefore, those organs with the highest energy requirements, such as the heart, liver, kidney and pancreas, have the highest concentration and content of coenzyme Q 10. In addition, coro q10 is also an antioxidant with antioxidant and anti-inflammatory properties. Recently, the National Institutes of Health's Office of Dietary Supplements and the Library Service released the results of a dismal review of research on coro q10. There is only one function that is "supported by strong scientific evidence": severe abnormal metabolism or mitochondrial dysfunction, which may lead to insufficient synthesis of coenzyme Q10 in the body, and supplementation of coenzyme Q10, related vitamins and minerals can improve the body's functional status; another The function with "good scientific evidence" is that coenzyme Q10 supplementation can slightly lower blood pressure, which needs to be further confirmed by well-designed and long-term clinical trials; other anti-aging, anti-cancer, anti-fatigue, enhance exercise ability, improve renal failure and liver function Anomalies, etc., there is not much evidence to support so far. 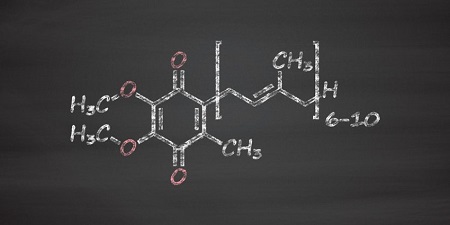 The effects of coenzyme Q10

Coenzyme Q10, also known as "ubiquinone", is a fat-soluble natural vitamin that exists in a variety of organisms. Coenzyme Q10 is a natural antioxidant produced by the cells themselves, which can improve the immunity of the organism. Studies in recent years have shown that coenzyme Q10 has anti-tumor effects, and clinically has a certain effect on advanced metastatic cancer. It can prevent coronary heart disease, relieve periodontitis, treat duodenal ulcer and gastric ulcer, enhance human immune function and relieve Angina pectoris has a significant effect.

Enzyme Q10 is a fat-soluble antioxidant, which can activate the nutrition of human cells and cell energy, enhance anti-oxidation, delay aging and enhance human vitality. It is widely used in cardiovascular diseases in medicine and is widely used in nutrition at home and abroad. Health products and food additives.

Coenzyme Q10 can not only provide power for the heart, but also has excellent antioxidant and free radical scavenging functions, can prevent lipid peroxidation in the blood vessel wall, prevent atherosclerosis, and has no toxic side effects. The specific role can be reflected in four aspects:

3. Anti-fatigue: Coenzyme Q10 keeps the cells in a good and healthy state, so the body is full of vitality, energy and brain power. The biological activity of coenzyme Q10 mainly comes from the redox properties of its quinone ring and the physicochemical properties of its side chain.

It is a natural antioxidant and a cell metabolism initiator produced by the cells itself. It has the functions of protecting and restoring the integrity of the biofilm structure and stabilizing the membrane potential. It is a non-specific immune enhancer of the body, so it shows an excellent anti-fatigue effect.

4. Anti-cancer and anti-cancer: Studies have shown that coenzyme Q10 has anti-tumor effect, and has a certain clinical effect on advanced metastatic cancer.

5. Provide energy and anti-oxidation to the human body

Coenzyme Q10, also known as ubiquinone 10, (Ubiquinone, UQ for short), is a substance synthesized by the human body itself, distributed in cells, and is an energy conversion agent. Simply put, coenzyme Q10 is our body's "energy factory", with higher concentrations in high-energy-demanding areas such as the heart, liver, and kidneys. The main function of coenzyme Q10 is to resist oxidation and scavenge oxidative free radicals.

Oxidative free radicals can be said to be the "crazy single dog" in the human body, because it is a lonely unpaired atom. In order to form a stable substance, it captures electrons from other substances in the body for pairing, causing other substances to be destroyed. . For example, if electrons in skin lipids are robbed, they will oxidize into age spots.

We know that as women get older, the quantity and quality of eggs are declining, and now more and more elderly mothers are giving birth, so how to improve the quality of eggs is also a topic of great concern to everyone.

In recent years, researchers have also carried out research on the role of coenzyme Q10 in the field of reproduction. In 2017, the results of a study published by the Reproductive Medicine Center of Wuhan University People's Hospital showed that for female patients aged 35 or 40 years old, coenzyme Q10 combined with vitamin E can synergistically improve ovarian reserve and ovarian responsiveness in elderly women.

Infertility caused by male factors accounts for about 70%, of which more than 60% are caused by oligospermia and asthenozoospermia. However, asthenozoospermia has many etiologies and complex pathogenesis, and the specific treatment has not made much progress, and no effective treatment plan has yet been formed.

However, in recent years, studies have shown that peroxidative damage is one of the important reasons for the decline of sperm quality. The level of coenzyme Q10 in seminal plasma and sperm has an important impact on the ability of the male reproductive system to resist oxidative damage. Exogenous supplementation of coenzyme Q10 is beneficial to improve sperm quality, improve the fertility of infertile patients, and has a certain adjuvant treatment effect on male infertility.