What is portulaca oleracea extract

Purslane, the whole grass of purslane plants, also known as long -lived vegetables, ant vegetables, ground horse, etc., is sour and cold. It is distributed in most parts of my country. The role is to treat the heat dysentery pus and blood, thermal dilute, the lower, the sore, the sore, the sore, and the van poison. Purslane can be used as medicine and edible. It is one of the 78 wild plants defined by the Ministry of Health of my country. It is rich in chemical and nutritional ingredients, so it has extensive pharmacological activity and nutritional health effects. The people often have the habit of eating this wild vegetable, or cold mixing, or mixing with flour, or make stuffing, which is unique.

"Portulaca oleracea extract" for purslane extract. Purslane is also known as longevity grass in my country and is often used in the people. Purslane contains a large amount of flavonoids, adrenaline and various vitamins, amino acids and other compounds. A variety of diseases can be treated in terms of drugs.

2. In terms of external use: can treat skin sores and purulent diseases, which have very good effects on eczema, paint sores, dermatitis, skin itching and pain. 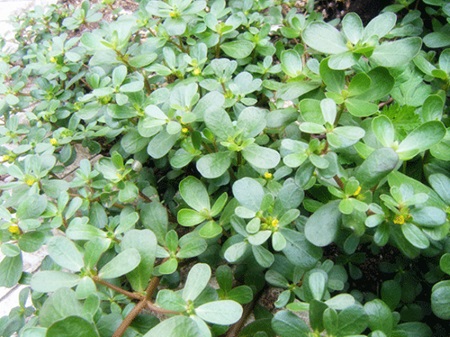 What is the composition of purslane?

Purslane has a broad -spectrum antibacterial effect, but due to the different active ingredients contained in its different extracts, it has different antibacterial spectrums such as purslane ethanol extract E. Bacteria, deepen, diarrhea, and typhoid fever. He has a high degree of inhibitory effects such as Pixel Phaphybiosis. Decoction has inhibitory effects on dysentery and dysentery, Song's Bachee, and Fuka Zhiga bacteria.

Portulaca oleracea extract can effectively inhibit the swelling of mice caused by mice caused by dystershopine and Pasan oil. It has anti -inflammatory effects. Reduce congestion and inhibit the permeability of capillaries and reduce inflammation.

Portulaca oleracea extract can reduce the blood sugar of sugar mice, improve the symptoms, and has the effect of assisting blood glucose. Its mechanism is related to inhibiting islet cell damage and promoting its repair, promoting insulin secretion.

In vitro experiments, purslane polysaccharides can inhibit the proliferation of SMMC721 liver cancer cells, and its cancer suppression effect is positively correlated with dosage. Internal administration, purslane polysaccharides have inhibitory effects on S180 physical tumors and ascites, which are mainly used by enhancing the body's immune function and direct dependent enhancement of the split of swollen cells.

Portulaca oleracea extract can reduce the level of hyperlipidemia, the level of triglyceride, total cholesterol, and LDL-C in the general serum, which is mainly the unsaturated alpha-linolenic acid and W-3 ??contained in the purslane. Fatty acids, promote cholesterol transportation and metabolism, and avoid increased blood.

In the mouse twist experiment, purslane can significantly reduce the number of reactions of mice twist, significantly increase the pain threshold of mice in hot board experiments, suggesting that purslane has obvious analgesic effects, and its effective ingredients and parts of the role are To be further studied.

According to the document, it shows that purslane can significantly improve the lymphatic lymphatic ability induced by normal rabbit lymphocytes and plant hemorchotin, thereby improving the body's immune function.

Li Xiangli and others use bee acupuncture to stimulate animal feet to establish local allergic reactions animal models. Using the symptoms of allergies such as red, swollen, thermal, and pain as the indicator, the results of the anti -allergic effect after purslane show that purslane is poisonous to bee toxicity to bee venom. The local allergic reaction has a strong treatment effect.

10. The role of smooth muscle

Because purslane contains a variety of chemical ingredients, the effect of cleansing uterine clearance is obviously different. For example, inorganic potassium salts have an exciting effect on the smooth muscle of the animal uterine, while its organic components have inhibitory effects. Potassium salt is mainly existed in stems, and organic components are mainly existing in the leaves.

Okwuaasaba et al. Reported that Portulaca oleracea extract has a unique relaxation effect on ionization and skeletal muscles. Local applications have a strong inhibitory effect on the strong skeletal muscle caused by spinal cord injury. Extraordin extracts produce muscle relaxation through interference to find various calcium pools. These calcium pools are related to excitement, such as the calcium and intracellular calcium pool. ② Harvey believes that purslane has muscle relaxation and is related to its high -content potassium salt.

13. The role of delaying aging and the long life of the court

14. It has the effect of lowering serum uric acid

Compound Matoh Mi is a traditional prescription for the treatment of gout in a Chinese hospital in Shanghai. It has proven that the drug has the effect of reducing serum uric acid in mice.

Method experimental groups: ① blank control group; ② experimental group, designed three dose groups according to the clinical amount, ③ model group; ④ positive pharmaceutical group. Seven consecutive days of administration, once a day, give the mice a one -time injection of 250 mg/kg uric acid. After one hour, the corner of the eyes is bloody and centrifugal. Results show that compound purslane has a good role in reducing the serum uric acid of mice.