Home / News / What is salidroside good for?

What is salidroside good for?

Rhodiola rosea is a precious Tibetan medicine. It has many known effects, such as regulating the nervous system, regulating human smooth muscle, anti-radiation and anti-tumor, relieving rheumatism and rheumatoid joints, the role of inflammatory symptoms, etc., let's take a look at what it does.

1. Effective regulation of the nervous system

It can effectively eliminate people's tension, improve sleep and irritability or depression, and enhance memory. It can refresh the brain, improve the efficiency of work and study, and also play a certain preventive role in Alzheimer's disease.

2. The effect on human smooth muscle.

Asthma is caused by smooth muscle spasm. Rhodiola can effectively relieve smooth muscle spasm and regulate intestinal smooth movement. It has obvious preventive and therapeutic effects on asthma, bronchitis, constipation and other diseases.

Salidroside can effectively improve the transformation rate of T-lymphocytes and enhance the vitality of phagocytes, enhance immunity, inhibit tumor growth, increase the content of white blood cells, resist microwave radiation, and treat cancer patients. After radiotherapy and other diseases, it has a good auxiliary rehabilitation effect. 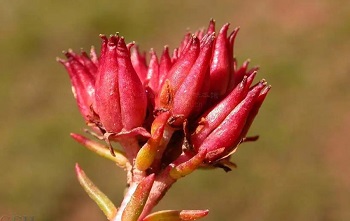 4. The effect on rheumatism and rheumatoid arthritis.

Arthritis is caused by the three evils of wind, cold and dampness. A large number of clinical trials have proved that Rhodiola can drive wind, resist cold and eliminate pain, especially for joint swelling. Significant swelling and inhibition.

Rhodiola can delay cell aging and improve the activity of SOD in the body. SOD is superoxide dismutase, which is the only uncontroversial anti-aging and anti-disease substance in the world. It inhibits the formation of intracellular lipofuscin and reactive oxygen species, enhances the metabolism and synthesis of cells, and improves the vitality of cells. It also has the effect of beauty and skin care.

It can increase the duration of normal brain and body activities, and prolong the load capacity of brain nerves and body muscles. It can enhance the utilization rate of oxygen, reduce the content of lactic acid and acetone in the blood, and reduce the oxygen consumption of muscles, so that people can keep their energy strong.

Rhodiola has the functions of anti-hypoxia, eliminating fatigue and improving memory. In addition to being used to treat altitude sickness, ordinary people can also take it to nourish the kidney and nourish the heart, regulate menstruation and blood circulation, improve eyesight and soothe the nerves, especially for cardiovascular and cerebrovascular diseases. Since Rhodiola rosea has a mild taste, even if it is taken all year round, there will be no side effects such as dry mouth and dry lips. For daily use, just take a teaspoon (about 5 grams) of dry flower tea, brew with a cup of boiling water, and simmer for about ten minutes; you can drink it with brown sugar or honey. Note that pregnant women and children are forbidden to take.

Rhodiola is a perennial herb or subshrub of the Crassulaceae family. There are as many as 90 species in the world, mainly distributed in the alpine regions of the northern hemisphere; there are about 70 species in my country, distributed in the Northeast, North China, Northwest and Southwest. In the alpine area of 1500 to 4000 meters above sea level. Although there are many types of Rhodiola, only Rhodiola alpine, Rhodiola rosea, Rhodiola small cong, Rhodiola narrow leaves, etc. can be used for medicinal purposes. Among them, Rhodiola alpine and Rhodiola rosea are medicinal. The ingredients and medicinal value are high.

The main components of Rhodiola rosea are compounds such as salidroside and phenolic alcohol. It also contains 18 kinds of amino acids (including 8 kinds of amino acids necessary for the human body), 35 kinds of inorganic elements and 15 kinds of macro and trace elements necessary for the human body. The rhizome also contains vitamins A, C, D, E, B1, B2, B6, of which the content of vitamin C is 15 times higher than that of apples and 2.7 times higher than that of oranges, and contains a large number of active substances with anti-aging effects and rich Nutrients. Because of its high nutritional value and mostly grown in the plateau, Rhodiola is also known as "Plateau Ginseng".

Experiments have shown that Rhodiola can improve people's physical strength and intelligence, and can improve the intensity of attention, memory and excitement process, especially when people are tired, it can reduce work errors, improve sustainability and work efficiency. Recent studies have also found that Rhodiola has a significant anti-radiation effect, it can increase white blood cells and reduce the damage of radiation to the hematopoietic system. Therefore, it is also particularly suitable for radiotherapy patients and frequent users of computers and mobile phones. Because Rhodiola can significantly increase the body's tolerance to hypoxia, it is often used in sports medicine and aerospace medicine. It is often used for the health protection of various types of test personnel and mechanical instrument operators in special environments, as well as special work and emergency workers.

In addition, Rhodiola can promote the recovery of brain activity in patients with neurosis; promote the return of blood pressure to normal in patients with hypotension; and has detoxification effects on anesthetics and sleeping pills. In short, more and more studies have proved the wide clinical use of Rhodiola. Rhodiola has qi deficiency syndromes in TCM syndrome differentiation such as lung distention, chest pain, dizziness, forgetfulness, diabetes, consumptive exhaustion, blood syndrome, and dementia. Very good application prospects.