Sericin accounts for 20% to 30% of the silk volume. Sericin is composed of Ⅰ, Ⅱ, Ⅲ, Ⅳ proteins from outside to inside. The overall molecular conformation is mainly random coil, and the molecular space structure is loose and disordered, including β structure, but no α helix structure.

There are many amino acids with longer side chains on the sericin chain, such as arginine, lysine, glutamic acid, methionine, tryptophan, tyrosine, etc., as well as many polar hydrophilic groups (such as -OH, -COOH, -NH2, >NH2, etc.) are located on the surface of the polypeptide chain, and these structural features endow sericin with excellent moisture-regulating and moisturizing effects.

What is sericin powder?

Sericin is a natural macromolecular protein wrapped on the surface of silk fibroin. It is mainly secreted by the silk glands of silkworms and is one of the main proteins that make up the silkworm cocoon. Because of its good water solubility, cell adhesion-promoting and proliferative activities, lower immunogenicity, and unique in situ fluorescence, antioxidant activity and tyrosinase inhibitory properties, sericin is widely used in Fabric finishing coatings, cosmetic additives, as well as food, medicine, functional biological materials.

The role of silk sericin

In addition to being similar to the natural moisture-regulating factor in the stratum corneum of human skin, sericin can maintain the right amount of moisture in the skin to make the skin smooth, soft and elastic. Sericin and its hydrolyzate are also a natural antioxidant, which inhibits fat peroxidation. Comparable to VC. It also has the effect of inhibiting tyrosinase activity. When the concentration of sericin is 0.5%, it has the ability to inhibit tyrosinase activity. Even if heated and boiled, the two above-mentioned activities remain unchanged. 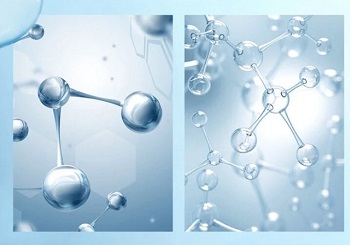 Water-soluble sericin and its hydrolyzate have obvious curative effect on certain skin diseases. Sericin is also a good anti-inflammatory agent for the treatment of certain skin diseases. When sericin is mixed with yeast extract obtained by enzymatic or acid hydrolysis, it can also become a new topical ointment for skin. This topical cream can also promote collagen production in dermal fibroblasts, effectively preventing or slowing down various skin conditions such as skin wrinkling and aging, decreased elasticity, roughness, blackening, and relaxation.

In addition, sericin can be mixed with xyloglucan, ultraviolet absorber, thickening agent mucopolysaccharide and hexaoxyethylene polymer or its derivatives to make another topical ointment.

Glycine, like L-serine, is also a trophic factor produced by glial cells, which can promote the survival, dendrites and electrophysiological development of cultured neurons in the cerebellum. In sericin, L-serine accounts for 33%, while glycine contains 16%, which together account for about half of the total. Therefore, more intake of sericin and its hydrolyzate is beneficial to improve human memory, prevent brain aging, and prevent dementia.

Sericin and its hydrolyzate can inhibit the growth of Escherichia coli, and contribute to the improvement of intestinal physiological function and the enhancement of human physique.

According to the function of amino acids, glycine and serine can reduce the content of cholesterol in the blood, excrete harmful substances in the human body, and have a detoxification effect. Sericin is also the main component of a hypoglycemic drug.

Sericin and its hydrolyzate have obvious inhibitory effect on colorectal cancer.

Sericin is rich in polar amino acids. It contains polar groups such as -OH, -COOH, -NH2, and has similar ingredients and functions as moisturizing factors. Japan has already contained sericin in cosmetics, such as body lotion and facial cleanser. , facial cleanser, etc. Studies have shown that darkening of the skin is due to the oxidative action of tyrosinase in melanocytes. In sericin, tyrosine (Tyr), tryptophan (Trp) and phenylalanine (Phe) can absorb ultraviolet rays and prevent the skin from tanning and sunburn.

As an antioxidant, sericin can be used in the field of food, sericin can effectively inhibit fat peroxidation (food oxidation is mainly fat oxidation), and inhibit polyphenol oxidase, thereby inhibiting food browning. The study also found that sericin can promote the absorption of zinc, iron, calcium and other elements in mice, and sericin with a larger molecular weight cannot be absorbed by the gastrointestinal tract and is excreted with the feces, which has the function of preventing constipation.

The sericin is fixed on the surface of the fiber fabric through the cross-linking agent, so that the fiber not only has the original performance, but also has the functional characteristics of sericin, and improves the wearability and value of the fabric. Polyester has high strength and good resilience, but it has poor moisture absorption and breathability, and poor wearing comfort, so it cannot be used as a better wearing fabric. Surface modification of polyester with sericin can improve the comfort of polyester.

Numerous studies have demonstrated the ability of sericin to act as a medical dressing. The water-absorbing properties of sericin help to maintain a relatively moist environment on the skin surface and can absorb exudate from wounds. Two-dimensional membranes and three-dimensional hydrogels and porous scaffolds prepared with sericin have been reported. In mouse experiments, not only as a dressing, but also as a sericin essence also showed very good wound healing properties and did not cause allergic reactions. Wounds treated with sericin exhibited less inflammatory responses compared to controls. In wounds treated with collagen and sericin, the epidermis of the sericin-treated group grew faster.