The acetyl octapeptide-3's application and advantage in cosmetical formulas

The application of acetyl octapeptide-3

The most important feature of skin aging is the increase of facial wrinkles, which is not only a program arranged by human genes, but also accelerated by environmental factors, such as the constant pressure on the facial skin (such as when sleeping) and frequent facial expressions. Muscle contractions, etc. Physiologically, skin aging is manifested in the reduction of collagen and elastin, and the irregular arrangement of skin oils. In recent years, it has been reported in the literature that in order to effectively avoid these situations, the following two methods can be used: inhibiting the synthesis of SNARE complexes; inhibiting the release of catecholamines. 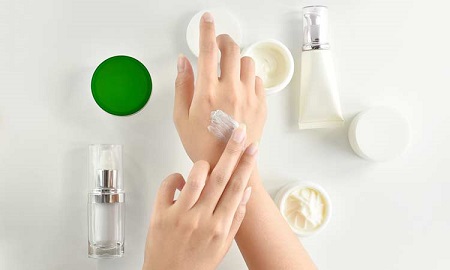 Acetyl octapeptide-3 is an extended analog of acylrelin, an oligopeptide that mimics the N-terminus of the SNAP-25 protein and consists of eight amino acids. Clinical experiments have confirmed that Octopeptide is an active anti-wrinkle peptide based on the biochemical mechanism of human skin, and it has become a popular cosmetic raw material for anti-wrinkle in the world. The disadvantage of botulinum toxin has to be injected and the use of high cost.

Acetyl octapeptide-3 is a botulinum toxin-like mechanism. By inhibiting the synthesis of SNARE receptors, it inhibits the excessive release of catecholamines and acetylcholine in the skin, partially blocks nerve transmission of muscle contraction messages, and relaxes facial muscles to achieve smoothness. The purpose of fine lines is to reduce the depth of wrinkles caused by muscle contractions in facial expressions, especially on the forehead and around the eyes.

To determine the efficacy of an emulsion containing 0.005% acetyl octapeptide-3, it was applied twice a day for 28 days to 30 healthy female volunteers. A significant reduction in wrinkle depth can be observed 28 days after treatment. In vitro and in vivo efficacy tests show that acetyl octapeptide-3 is about 30% more active than the parent peptide acetyl hexapeptide.

The advantage of acetyl octapeptide

Acetyl octapeptide-3 is especially suitable for use in areas with concentrated expression muscles, such as the corners of the eyes, face, forehead, etc. It is used in the eye area, facial care products and various anti-aging products.

1) Can significantly reduce the depth of wrinkles caused by facial expression muscle contractions, especially around the forehead and eyes.

2) It can effectively prevent the skin aging caused by the excessive release of catecholamines and the continuous movement of the face.

3) A safer, cheaper, milder alternative to botulinum toxin that works locally in a unique way to target wrinkle-forming mechanisms.

There is no residue after use, avoiding the damage of residual substances to the natural protective layer of the skin. It can be used for a long time, and there is no concern about damage to the skin. Sensitive skin can be used. It has excellent dispersing and emulsifying ability. As a conditioner, moisturizing agent, etc., it is used in the field of personal care products. Has good anti-wrinkle ability. The moisturizing effect is also very good.