Home / News / What does n-acetyl d-glucosamine do

What does n-acetyl d-glucosamine do

N-acetyl d-glucosamine (NAG) is N-acetyl derivatives of glucosamine. It is a monomer with hyaluronic acid, and it is also a polymerization monomer of the teline. NAG is generally considered a highly efficient moisturizing ingredient, which achieves whitening effect by promoting the hydrolysis function of the skin. However, NAG itself has also been found to have the effect of inhibiting tyrosine activity, and can play a role in similar to the normally regulating keratinocyte adhesion and promoting the normalization of the stratum corneum. 2% NAG and nicotinamide synergy can reduce local pigmentation. 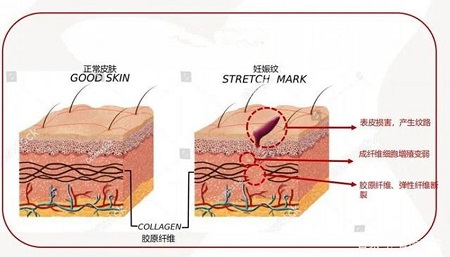 Natural n-acetyl d-glucosamine (N-Acetyl-D-GLUCOSAMINE (GLCNAC or NAG) is the basic unit of many important polysaccharides in biological cells. It has many important physiological functions in the organism: Water retention and elasticity, prevent and alleviate the rough skin, and have the effects of inhibiting fine lines; natural n-acetyl d-glucosamine is also one of the composition of cartilage. It has soft tissues such as protective cartilage and ligament, and enhance bone lubrication and other effects. ; It can enhance the function of the human immune system, inhibit the excessive growth of cancer cells or fibroblasts, and inhibit and treat cancer and malignant tumors; it can treat various inflammation, reduce the cholesterol content in the body; Body, can promote the growth and reproduction of Shuangqi Lactobacilla, play a role in regulating the intestine.

N-acetyl d-glucosamine is the basic component of many important polysaccharides in biological cells, especially the exoskeleton content of crustaceans.

NAG can inhibit the production of tyrosinase and melanin, and play a good whitening role in whitening products. It can stimulate the skin synthesis HA, increase the HA content in the skin, and is currently a mainstream anti -wrinkle product. AG is a new type of cosmetics raw material with the characteristics of moisturizing, wrinkle, whitening, and enhanced skin immunity.

2. Whitening -inhibiting tyrosine, melanin, and accelerating the apoptosis of melanocytes.