Effects of alpha arbutin and β-arbutin

Arbutin is further divided into β-arbutin (Beta-arbutin), alpha-arbutin (alpha-arbutin) and deoxyarbutin (D-Arbutin). The effects of these three on the skin can be very different.

1. The best inhibitory effect on tyrosinase activity is deoxyarbutin [p-(tetrahydro-2H-pyran-2-oxy)phenol], which is 10 times more effective against melanin than hydroquinone. Acid 150 times, β-arbutin 350 times, α-arbutin 38.5 times. However, deoxyarbutin also has a major disadvantage, that is, it is unstable to light and heat in an aqueous solution, so there are still relatively few products using it on the market.

2. α-Arbutin is the most expensive, mainly because its artificial synthesis is very difficult, and secondly, its performance is generally better than the other two. For example, the activity of inhibiting tyrosinase is not as good as Deoxyarbutin, but much better than β-arbutin, is much higher in stability than deoxyarbutin and β-arbutin, can withstand high temperature, and has better water solubility. In its latest opinion, the European Union's Scientific Committee on Consumer Safety (SCCS) stated that alpha-arbutin is safe when it is present in no more than 2% of facial care products and no more than 0.5% in body care products of. 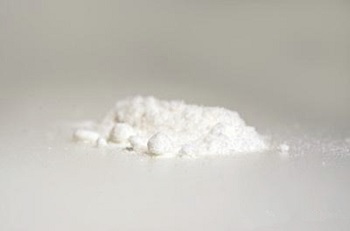 At present, the main mechanisms of whitening factors commonly used in skin care products include: inhibiting or competing with tyrosinase activity, interfering with oxidative reactions in the process of melanin production, accelerating melanin metabolism, preventing melanin from being transported to the skin surface, inhibiting tyrosinase synthesis, etc.

After studying the in vitro inhibitory effect and cytotoxicity of 5 kinds of whitening factors such as arbutin, vitamin C, vitamin C derivatives, hydroquinone, and kojic acid on tyrosinase activity, it was concluded that the whitening effect of arbutin Better, the properties are relatively stable, and the cytotoxicity is relatively small.

By comparing the effects of β-arbutin and α-arbutin on tyrosinase activity, it was found that α-arbutin only inhibited the tyrosinase of mouse melanoma, while β-arbutin had no effect on the tyrosinase derived from Both mushroom and mouse melanoma inhibit tyrosinase. α-Arbutin is 10 times stronger than β-Arbutin in inhibiting melanin production, and has higher safety. Therefore, major cosmetic brands have successively launched whitening products containing α-arbutin.