Niacinamide efficacy and common use tips

Nicotinamide is a water-soluble substance with solution stability and photostability. Stability is best in solutions with a pH of 6. The role and efficacy of niacinamide on the skin, usually long-term use can play the role of whitening, oil control, shrinking pores, and removing acne. At the same time, it can isolate and lock water, assist in solving rough skin, so as to achieve the effect of skin rejuvenation and blood vessel expansion. .

Topical niacinamide can increase ceramide and free fatty acid levels in the skin, stimulate dermal microcirculation, and reduce skin water loss. It also enhances protein synthesis (such as keratin), increases intracellular NADPH levels, and accelerates keratinocyte differentiation. In addition, it can relieve skin irritation due to surfactants or solvents.

Topical application of niacinamide (2%) can greatly reduce the formation of fatty acids and triglycerides in sebum, and has the effect of controlling oil secretion. It is said to have a synergistic effect with sodium dehydroacetate. The greatly reduced oil secretion will also make the skin pores look less large.

Niacinamide can prevent the transfer of melanosomes from melanocytes to keratinocytes, thereby interfering with skin melanosis. It can also affect the cell signaling channels between melanocytes and keratinocytes, reducing the formation of melanin. At the same time, nicotinamide can act on the already formed melanin, making it unable to transfer to the surface cells. 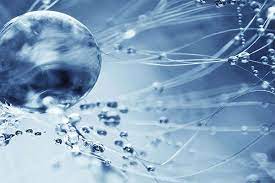 When niacinamide is used as a whitening ingredient, when used at a concentration of 2% to 5%, it has been proved to have a certain effect on the treatment of melasma and hyperpigmentation caused by ultraviolet rays. It is said to be more effective in combination with N-acetylglucosamine.

Another point of view is that niacinamide also has the function of anti-glycation, which can dilute the yellow color of protein after glycation, which will help to improve the skin color of the vegetable face and even the "yellow-faced woman".

A gel containing 4% niacinamide has been reported to be as effective in treating acne vulgaris as a gel containing 1% clindamycin (the main topical prescription drug for acne).

The ability to improve skin barrier function means that niacinamide has moisturizing power, and a small study showed that topical 2% niacinamide was more effective than petrolatum (petroleum) in greatly reducing skin water loss and increasing hydration.

Studies have shown that the use of niacinamide (5%) can greatly reduce wrinkles, erythema, yellowing and pigmentation of aging facial skin. So you shouldn't be surprised that Olay's anti-aging line is loaded with niacinamide. These effects may also be related to niacinamide helping to stimulate collagen formation.

Can niacinamide b3 be used during the day?

Niacinamide is great for lightening dark spots and acne marks. Therefore, morning and evening use can achieve better whitening effect, while niacinamide does not cause photosensitivity, and can also be used during the day.

Although niacinamide also has the potential to cause sensitization (such as a red rash), it is not affected by UV light itself, so it is suitable for daytime use. Niacinamide, many people know that it is a whitening ingredient, but few people know that it is a repairing ingredient, a repairing ingredient that can increase the content of ceramide in the skin. At the same time, niacinamide can also greatly reduce or eliminate skin aging phenomena, such as wrinkles, peeling, large pores, etc., reduce the damage of free radicals to the skin, and play a role in preventing aging, repairing the skin and reducing facial dullness.

Niacinamide is a derivative of vitamin B3. It is a kind of viscous liquid. It can be completely absorbed when rubbed on the skin and massaged for a while. It is refreshing and not greasy. For better whitening effect, it is recommended to use it in the morning and evening.

Can b3 nicotinamide be used at the same time as vitamin c?

An article on the use of niacinamide and VC at the same time will produce hydrogen peroxide under the influence of ultraviolet rays, but you must know that in this case, the amount of hydrogen peroxide is very small and not enough to damage the skin. Ultraviolet rays will affect and destroy many skin care ingredients. If you choose products containing VC, niacinamide, and vitamin E, the effect will be better.

The complex of nicotinamide and vc is easy to form and also very easy to unravel. As it penetrates into the skin, it will slowly loosen, and each will play its own role. Moreover, niacinamide, which is a vitamin B family, and vitamin C will have a very good synergy in the skin, just like the good friends of vitamin C and vitamin E, synergistically improve the skin!