The benefits of using fibronectin

Fibronectin mainly exists in three forms, namely plasma fibronectin produced by hepatocytes or endothelial cells, and cellular fibronectin secreted and synthesized by fibroblasts and early mesenchymal cells. Fibronectin is widely involved in the process of cell migration, adhesion, proliferation, hemostasis and tissue repair, mobilizes the mononuclear phagocyte system to remove harmful substances from damaged tissues, and has the effect of growth factor.

Fibronectin is a macromolecular extracellular membrane protein present on the surface of various animal cells, and is the main non-collagenous glycoprotein in the extracellular matrix and basement membrane. It mainly regulates and activates the characteristics of cells through fibronectin, regenerates and repairs damaged cells, and repairs the cellular microenvironment. When the damaged cells and their living environment are restored to normal, the cells enter a normal autologous metabolic state. Fibronectin can make the skin hydrated, and at the same time can allow the elastic fiber cells to grow, making the skin elastic and bright.

What is fibronectin (FN) supplement?

Fibronectin (abbreviation FN) is a high molecular weight non-collagenous glycoprotein with a molecular sugar content of 4.5-9.5%.

It is mainly produced by liver and vascular endothelial cells, and widely exists in plasma, various cell surfaces and cell matrix. The content of FN in plasma is about 0.3mg/ml. It is one of the main components of extracellular matrix.

FN is a macromolecular protein located on the cell surface and in the plasma, and is a major cell adhesion molecule that binds in the cell fiber matrix and plays a role in cell migration and localization.

And it can be combined with fibrin, heparin, collagen, DNA and cell surface receptors, and has a variety of cell biological functions, widely involved in the process of cell migration, adhesion, proliferation, hemostasis and tissue repair. 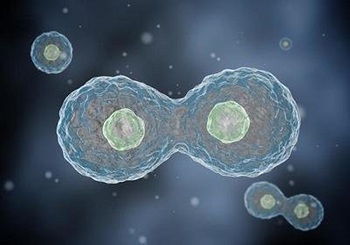 4. Treatment of diseases of the blood system and cardiovascular and cerebrovascular systems;

5. It is used for adjuvant treatment of sepsis, shock and other first aid.

At the same time, fibronectin can comprehensively repair cells, penetrate deep into the epidermis, dermis and subcutaneous tissue, stimulate the three layers of cell source power, and improve the autologous metabolic function of skin cells. It can not only promote the growth and regeneration of cells, but also mediate the orderly arrangement of cells. It fundamentally solves various problems of cells, restores the youthful state of cells, and can play a role in lightening pigment spots, smoothing wrinkles, and resisting aging in external performance.

Except for physical and mechanical methods such as lasers, it is difficult to solve them by other methods. However, pigmentation is mainly caused by the aging of the body and the influence of acquired environmental factors. Pigmentation is caused by melanin deposition, and FN can promote the migration of cells to the site of pigmentation and stimulate cells to secrete melanin metabolizing enzymes, thereby clearing the pigmentation.

Melanin has the effect of resisting ultraviolet rays. Melanin is secreted by melanocytes and transported to the epidermis by melanosomes. When the number and activity of melanocytes are normal, an appropriate amount of melanin will be produced, thus acting as a sunscreen. FN can repair melanocytes and ensure the normal state of melanocytes.

There are two main types of skin damage after sun exposure, cell damage and melanin precipitation. FN can mobilize surrounding normal cells to replace damaged cells, and can also rescue some cells that are not completely dead.

The formation of wrinkles is mainly caused by the loss of collagen, elastin, and reticular fibers that support the skin. When the protein is lost, if it is replenished in time, the wrinkles will be repaired.

Fibronectin plays a significant role in regenerating and repairing the epidermis, dermis and subcutaneous tissue of the skin, inhibiting skin bacteria, improving skin gloss, improving skin roughness, and increasing the moisture content of the stratum corneum.

3. Stimulate the secretion of skin cells

It has a signal docking effect, which can complete the signal docking between cells and cells, cells and extracellular matrix through the unique biological protein synergy, and stimulate skin cells (keratinocytes, fibroblasts, vascular endothelial cells, macrophages, etc. ) secretes all kinds of nutrients necessary for the skin, such as ceramide, endogenous laminin (LN) and fibronectin (FN), collagen fibers, elastic fibers, hyaluronic acid, etc., to achieve the effect of nourishing the skin.

It has the effect of skin regeneration. It can be used as a chemokine to induce skin cells (epithelial cells, fibroblasts, vascular endothelial cells, macrophages, etc.) to migrate to the damaged site, and at the same time, it can regulate the proliferation and growth of various cells in the damaged site. And differentiation, so as to induce the orderly growth of skin tissue, to achieve a perfect repair effect without scars and pigmentation.