For our research in cosmetics and skin care, among the various physical and chemical properties of Gallic Acid, there are several points that deserve our attention. Due to the large number of hydroxyl groups in the Gallic Acid structure, it has good antioxidant properties and can effectively scavenge DPPH, ALP, OH-, H2O2 and NO free radicals. When it comes to antioxidants, we have to mention our antioxidant artifact - proanthocyanidins (condensed Gallic Acid).

Proanthocyanidins mainly exist in grape seeds, skins and lotus plants, and they are widely studied and used in dermatology. It is well known that the degradation process of lipids, proteins and nucleic acids caused by the stimulation of the skin, mucous membranes and hair by the environment is inseparable from free radicals, and the superior ability of proanthocyanidins to scavenge free radicals also makes them excellent in these aspects. Performance.

Later, with the in-depth study of proanthocyanidins, scientists found that it also has a good effect on skin anti-aging problems. Proanthocyanidins can potentially inhibit the degradation of elastin by elastase, and maintain the elasticity and strength of collagen. Relevant studies also show that proanthocyanidins can improve skin wrinkles and regulate skin function very well. It can significantly promote the proliferation and metabolism of keratinocytes, and this process can better delay skin aging. In addition, proanthocyanidins have good applications in anti-radiation, skin whitening and anti-cancer.

In addition, it is an effective coagulant, has a good inhibitory effect on a variety of bacteria and viruses, can protect the wound from bacterial invasion, prevent infection, and inhibit ulcers.

At the same time, studies have found that ellagic acid also has antihypertensive and sedative effects.

First of all, Gallic Acid can effectively reduce blood cholesterol, prevent fat deposition in the blood vessel wall, maintain or restore the normal resistance of capillaries, enhance the flexibility and elasticity of blood vessels, and prevent hardening of the arteries. Therefore, Gallic Acid not only has the effect of preventing cardiovascular and cerebrovascular diseases, but also anti-aging, anti-aging, preventing Alzheimer's disease, cancer, colds and strengthening immunity.

Secondly, Gallic Acid has an antioxidant effect and is a natural preservative. For example, wine can maintain its best state for a long time, and it depends on the effect of Gallic Acid. Gallic Acid can also dissolve greasy, because the Gallic Acid molecule has a negative charge, and the protein molecule in the meat food has a positive charge, which can quickly soften and soften the meat through a chemical reaction. 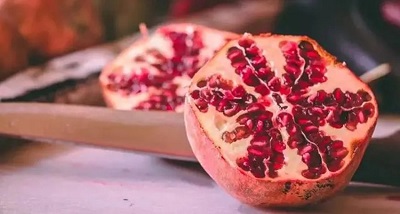 Gallic Acid has an astringent effect that shrinks and tightens large pores in the skin, reducing wrinkles and giving the skin a delicate appearance.

Gallic Acid has the function of absorbing ultraviolet rays, and the absorption rate can reach more than 98%.

Gallic Acid can also inhibit the activity of tyrosinase and catalase, and can reduce and decolorize melanin. Therefore, Gallic Acid used in cosmetics has the effect of sunscreen and skin whitening. Not only that, Gallic Acid also has the functions of scavenging free radicals, promoting cell metabolism, and maintaining skin vitality, which can make the skin healthy, shiny and elastic.

Antioxidant is the foundation of all whitening. When you are still addicted to VC to brighten your skin, the world has already been updated and iterated. Today, whitening is not a single skin care project, but a comprehensive one. "Keep wiht" is effective whitening!

It is not a gimmick of business hype, but something that has long been scientifically proven.

As we all know, the skin will generate free radicals and melanin after being exposed to the sun for a long time. At the same time, under the catalysis of free radicals, the surrounding cells will be rapidly oxidized, making the skin yellow and black.

Melanocytes are present in the basal layer of the epidermis, where melanin is produced. The raw material for melanin production is tyrosine, which must be converted into dopa (DOPA) and dopaquinine (DOPAquinine) successively by tyrosinase, and finally melanin is formed. Ellagic acid blocks the production of melanin by inhibiting the activity of tyrosinase.

Since the 1950s, the antioxidant properties of ellagic acid in vivo and in vitro have been continuously explored and studied, and more and more research results have shown that ellagic acid has strong scavenging free radicals and antioxidant capacity.

Ellagic acid has a scavenging effect on oxygen free radicals and hydroxyl radicals, and its ability to scavenge free radicals is higher than that of antioxidants such as sesameol, olive leaf extract and lutein.

1: Convergence. Gallic Acid can condense with proteins, resulting in astringency. If tannin is added to cosmetics, the cosmetics can be well attached to the skin, which is beneficial to shrink pores, tighten the skin to reduce wrinkles, and make the skin delicate.

2: Sunscreen. Tannin has the function of strongly absorbing ultraviolet rays under the light, the absorption rate can reach more than 98%, and it has obvious therapeutic effect on sun dermatitis and various pigmentation spots.

5: Anticorrosion. Gallic Acid have obvious control effects on a variety of bacteria, fungi and microorganisms. Under the same control concentration, they will not affect the normal growth and development of human cells.