The active ingredients in rhodiola can promote the full combination of human hemoglobin and oxygen, so that some oxygen in the body can enter the blood, thereby reducing the oxygen consumption of the human blood to oxygen. In this way, the effect of enhancing the activity of superoxide dismutase can be achieved, so that the effect of invigorating blood can naturally be achieved.

Because blood rich in oxygen is relatively red, and the blood flow in the capillaries is relatively more active, so that the skin can show a more rosy state, so that your skin exudes a different kind of vitality, and the appearance is also It will become radiant, so many friends who insist on using Rhodiola will find that their skin becomes much softer than before using this cosmetic. 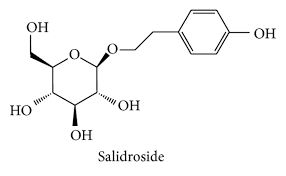 Because Rhodiola rosea itself has a very good anti-bacterial, astringent and analgesic effect, the use of cosmetics containing Rhodiola can protect the damaged cells of the skin, and naturally it can ensure some acne to a large extent. Acne or other skin problems caused by inflammation can stay away from you, so as to ensure that your skin becomes more perfect.

Rhodiola has a stimulating effect on fibroblasts in the dermis, which promotes the division of fibroblasts and their synthesis and secretion of collagen. At the same time, collagenase is also secreted to decompose the original collagen, but the total secretion is greater than the decomposition. Collagen forms collagen fibers outside the cells, and the increase in the content of collagen fibers indicates that Rhodiola has a certain anti-aging effect on the skin.