The amazing benefits of piperine

Piperine, an extract from black pepper, pepper root, and long pepper, gives peppers its spicy flavor. This extract is marketed as a nutritional supplement and has also been found to increase the absorption of various nutrients. While some of the benefits of piperine have not been well established, it may also have immunosuppressive, tumor suppressive, and antidepressant effects.

The role of black pepper piperine

The most established effect of piperine is its effect on the absorption of nutrients in the intestine. This effect is called "bio-enhancement".

According to an article published in the "Journal of Ayruveda and Integrative Medicine" in 2010, piperine has been shown to increase the absorption of vitamin C, selenium, beta-carotene, vitamin A, vitamin B-6 and coenzyme Q. This paper goes on to show that piperine May be useful for those suffering from conditions that cause nutrient malabsorption and people suffering from malnutrition. 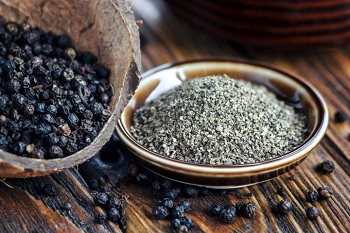 While the main function of the immune system is to destroy foreign invaders, it can sometimes malfunction. Many diseases are caused by an abnormal immune response. Piperine has been shown to reduce the activity of this inflammatory response.

A 2010 study published in the European Journal of Pharmacology suggested that piperine may reduce the communication of lymphocytes in the immune system, thereby slowing their activity. Piperine has been shown to be beneficial for gout, a disease that produces a strong immune response to uric acid crystals.

A 2011 study published in the journal Inflammation provided evidence that piperine prevents the formation of uric acid crystals and can be used in the treatment of gout.

Some evidence suggests that piperine may have some cancer-fighting properties. Published in "Clinical Laboratory Science" in 2008, piperine inhibited the growth of colon cancer cells growing in a laboratory. The exact mechanism by which supplementation prevents cancer is unknown, however, whether this anticancer effect is effective in external laboratories remains to be demonstrated.

Piperine may also have some antidepressant activity, although this has not been proven. Piperine trials in mice found that these animals provided evidence that the supplement had antidepressant and cognitive-enhancing effects. The findings were published in Food and Chemical Toxicology in 2008.

Another study, published in 2009 in the journal Pharmacology, Biochemistry and Behavior, found that piperine increased the transmission of the neurotransmitters serotonin and dopamine, two chemicals that are often deficient in people with depression. Clinical trials are needed to verify whether this supplement is beneficial in humans.

6. Effects on the central nervous system

At present, studies have shown that piperine has sedative, hypnotic, anticonvulsant, skeletal muscle relaxation and antidepressant effects, and studies on the effect of piperine on animal sleep have found that piperine can significantly reduce the voluntary activity of mice, and significantly Prolonged pentobarbital-induced sleep time in mice also significantly increased deep sleep in rabbits. The mechanism may be related to the increase of serotonin content in the brain.

7. Reduce the occurrence of inflammation

Piperine reduces inflammation and pain. Oral administration of piperine at a dose of 50 mg/kg can significantly reduce the occurrence of inflammation. Piperine has anti-inflammatory properties. Piperine and its congeners are absorbed through the skin and therefore act on the subcutaneous tissue, nerves and blood vessels.

In addition, pharmacological studies have shown that piperine can prevent atherosclerosis, lower blood lipids, have anticonvulsant and antiulcer activity, protect the liver, and does not cause damage to testicular function.

And whether in vivo or in vitro, piperine can also slow down the peristalsis of the intestines. The effect of piperine on the nervous system and sexual organs reflects its anticonvulsant and vasodilatory properties.

Does pure piperine have any side effects?

While piperine is generally considered safe, important questions about its side effects and interactions remain to be answered. According to the Journal of Food Safety, piperine is generally safe because it does not cause any major changes in blood tests. A potential side effect of piperine is that it may increase the absorption of drugs, causing them to reach dangerous levels in the blood. Therefore, supplements should not be taken at the same time as any medication. Piperine may also inhibit the metabolism of the drug in the liver, thereby increasing drug levels. Some animal tests with piperine suggest that piperine may be toxic to reproduction.

Peppers are very versatile, they can be ground directly into dishes using a pepper grinder, the size of the particles can be as fine as you like, or they can be crushed, especially for making dressings. When cooking, use a hand grinder to add fresh peppers to dishes at the last minute to retain their full flavor and health potential.