The ferulic acid's efficacy and application

Ferulic acid was originally found in the seeds and leaves of plants. It is a phenolic acid widely present in plants. It combines with polysaccharides and proteins in the cell wall to form the skeleton of the cell wall, and rarely exists in a free form. It has a high content in Chinese medicinal materials such as Asafoetida, Cohosh, Angelica, and Jujube seed, and is one of the effective ingredients of these Chinese medicines. Ferulic acid exists in edible plants such as onions and yellow chrysanthemums, and the content of ferulic acid in food materials such as husk, coffee, wheat bran, rice bran, bagasse and beet meal is also high. Ferulic acid has good pharmacological effects and biological activities,so it has high application value in medicine, health care products, and cosmetic raw materials.

The effects of ferulic acid

Living bodies are always attacked by endogenous or exogenous reactive oxygen species such as hydrogen peroxide, superoxide free radicals, and hydroxyl free radicals, which can induce a series of diseases, such as atherosclerosis and cancer. At the same time, the generation of free radicals will accelerate the generation of skin aging, wrinkles, and the formation of pigmentation and age spots. The body's own various antioxidant enzymes and antioxidant components can remove excess ROS, but due to some reasons, the balance is disrupted. The body is in a state of oxidative stress.Ingestion of oxidants may reverse the stress and protect cells from reactive oxygen species. Infringement, thereby preventing or delaying the occurrence and development of many chronic diseases.A large number of studies have shown that ferulic acid has good antioxidant activity.Ferulic acid can not only scavenge free radicals, but also inhibit and scavenge enzymes that produce free radicals.

He Fenxia uses the zone of inhibition as the inspection index. Through experiments, it is found that ferulic acid has a certain inhibitory effect on Escherichia coli, Bacillus subtilis, Staphylococcus aureus and yeast, but has a poor effect on mold.

Ferulic acid can inhibit the aggregation of platelets induced by collagen and ADP, inhibit the release of serotonin and thromboxane-like substances, and selectively inhibit the activity of thromboxane synthase, thereby preventing the formation of thrombus.

As early as 2002,the Industrial Technology Center of Wakayama Prefecture in Japan extracted ferulic acid from rice bran, and chemically combined the aromatic alcohols in the remaining citric acid grass oil to make EGMP, an anti-cancer substance. According to animal experiments, EGMP has the effect of preventing colorectal cancer and is very safe and convenient to use. 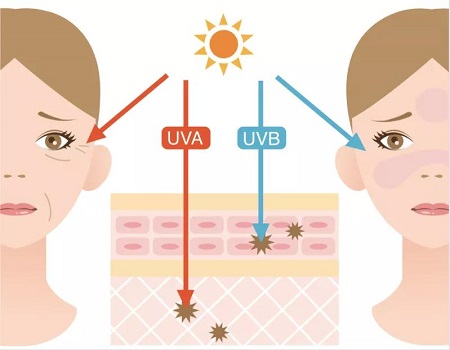 In recent years, there have been many studies on ferulic acid against colon cancer. Kawabata et al. used azomethane (AOM) to induce colon cancer in F334 mice and found that the number of crypts in abnormal lesions fed with 500 mg/kg ferulic acid decreased by 27%.

Some scholars discussed the role of ferulic acid in radiation protection. Studies by Maurya et al. showed that administration of 50, 75, and 100 mg/kg of ferulic acid to mice 1 hour before 4.0 Gy irradiation can effectively inhibit DNA fragmentation in peripheral leukocytes and bone marrow cells. Studies by Prasad and others have shown that ferulic acid can inhibit cell cycle changes and nuclear damage caused by radiation. Hong Qian Xinzheng found that ferulic acid can significantly increase the content of glutathione and nicotinamide purine dinucleotide phosphate in irradiated cells, and has a protective effect on irradiated endothelial cells.

1. The application of ferulic acid in the field of medicine

Now known ferulic acid and its derivatives have the effects of anti-oxidation, scavenging free radicals, anti-inflammatory, analgesic, anti-ultraviolet radiation and improving the immunity of human body. Drugs with corresponding effects have also been gradually developed. For example, sodium ferulate injection is used for the treatment of ischemic cardiovascular and cerebrovascular diseases, and piperazine ferulate tablets are suitable for the adjuvant treatment of various glomerular diseases accompanied by microscopic hematuria and hypercoagulability, and Some proprietary Chinese medicine preparations containing ferulic acid.

At present, Japan has approved the use of ferulic acid as a food antioxidant. The United States and some European countries have also begun to use some substances with higher ferulic acid content as antioxidants to preserve foods. In my country, ferulic acid is widely used as a food additive in the food industry.

(1) Used as an antioxidant

Jiang Ruiping added 75 mg/kg ferulic acid and 500 mg/kg iso-Vc sodium compound additives to the sausage formula, which can effectively reduce the residual amount of nitrite, and at the same time improve the antioxidant performance of the sausage, while maintaining the sausage The original sensory qualities.

(2) Used as a food crosslinking agent

3. The application of ferulic acid in the cosmetics industry