Home / News / What are the uses of octinoxate?

What are the uses of octinoxate?

The telomey length at both ends of our chromosomes determines the life of our human beings to a certain extent. Because each time the cells are divided, the telomere at the top of the chromosomes is shortened once. When the telomeres cannot be shortened, the cells will no longer continue to divide. At this time, the cells are generally considered to be generally considered to be 100 times and start to die. The telomere is a series of repeated sequences located at the end of the linear chromosome. The telometer structure of our human beings is (TTAGGG)*N. As the cell transmission of algebra increases, the length of the telomeres gradually becomes shorter. At the same time The length of the cell telomere is shorter than that of the young individual, so telomeres in biology are regarded as the molecular logo of cell aging.

If we receive high -intensity ultraviolet irradiation every day, in order to ensure that the DNA is not damaged, the telomere will absorb the energy of the ultraviolet rays, which will also shorten the telometer. Studies at home and abroad have shown that because DNA is the main target of cell damage caused by ultraviolet rays, natural aging and light aging can eventually shorten the telomeres through different mechanisms, which causes a series of changes related to aging. 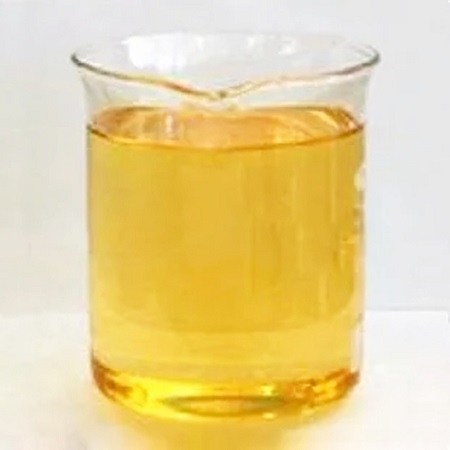 In the exaggeration, the above is the reason why we should sunscreen. Fortunately, we have the protection of the atmosphere, helping us block most of the ultraviolet rays.

What is ultraviolet rays?

Ultraviolet rays are light with a wavelength of 10 to 400nm in the sun. In short, it can be considered that the ultraviolet rays radiated by the solar include UVA, UVB, and UVC.

UVA wavelength is 320 to 400nm, long waves, it has a strong penetrating power, which can penetrate most transparent glass and plastic. The long waves contained in the sunlight have more than 98%of the oxygen layer and the cloud layer to reach the surface of the earth. UVA can reach the leather layer of the skin directly to destroy the elastic fiber and collagen fiber, and the skin is black;

UVB wavelength is 280 ~ 320nm, medium wave, its short wavelength part will be absorbed by transparent glass. Most of the medium -wave ultraviolet rays contained in the sun are absorbed by the ozone layer. Only less than 2%can reach the surface of the earth. Special strong. UVB ultraviolet rays have erythema effects on the human body and can promote the formation of mineral metabolism and vitamin D in the body, but long -term exposure will cause the skin to cause redness and swelling;

UVC wavelength is 100 to 280nm, short waves, its penetration ability is the weakest, and it cannot penetrate most of transparent glass and plastic. The short -wave UV contained in the sunlight is almost completely absorbed by the ozone layer.

There are two types of sun protection principles. One is physical sunscreen, which achieves the effect of anti -ravioli through reflection or scattered ultraviolet rays. The most common physical sunscreen is zinc oxide and titanium dioxide. These two have been approved by the FDA as the first type of sunscreen, high safety and good stability. The disadvantage is that it will deposit on the surface of the skin. The size may also affect sebaceous gland secretion and cause blockage.

The other is chemical sunscreen, which achieves sun protection by absorbing ultraviolet energy. Common chemical sunscreens include methane cinnamic acid, diophenone, aminolyzyl acid, and derivatives. The disadvantage is that most of them are oil -soluble, so the products are more oily.

The molecules of Octinoxate cinnamic acid have a common large π bond. This co -pyramid structure can be regarded as the core of benzene ring, which extends to the oxygen atom that includes the substitution of the basal methaxexyl, and the other side extends to the double bond and ester group in another substituted foundation. This common structure determines that the substance has the nature of absorbing ultraviolet rays. Experiments revealed that Octinoxate cinnamite can absorb ultraviolet rays in the wavelength range of 280-310nm and generate maximum absorption at 311nm.

For Octinoxate is one of the most commonly used sunscreens in the world. It has excellent ultraviolet light 280 ~ 310 NM absorption curve, high absorption rate, good safety, very low toxicity, and oily. The solubility of raw materials is very good, so it is widely used in daily chemical, plastic, rubber and coatings. As an oily soluble liquid UV-B absorbent, it can be reproduced with various sunscreens.

Octinoxate can be used to prepare skin care and cosmetics such as sunscreen (cream, milk, liquid), which can effectively absorb ultraviolet rays in the sun and prevent redness, sunburn, and ink ink. Therapeutic drugs. Industry can be used as an antiae agent and ultraviolet absorbers for plastic and ink.

1) It is used to prepare skin care cosmetics such as sunscreen (ointment, milk, liquid), which can effectively absorb ultraviolet rays in the sun and prevent redness, sunburn, and ink ink of human skin. It is also the treatment of light dermatitis.

2) Industrially can be used as an anti -agent and ultraviolet absorbers for plastic and ink.

5) Recently, some people have added Octinoxate in plastic to plastic, and have achieved good results. Experiments have proved that the cinnamic acid ester of methoxy -based cinnamic acid can accelerate the decomposition of inorganic objects, which can effectively and quickly degrade plastic and reduce the pollution of white garbage. Add methaloticate to Octinoxate to the plastic bags used by people's usual shopping. When these plastic bags are discarded to contact the soil, they will be quickly discovered and decomposed by microorganisms in the soil. pollute.

This discovery shocked the industry. Some foreign authoritative experts said that the peroxide cinnamone is expected to eliminate "white pollution" and change the "worst invention of human beings" to the comments of people when the plastic bag came out: one of the greatest inventions of human beings!