Home / News / Sodium heparin: what is it? how does it work?

Sodium heparin: what is it? how does it work?

At present, heparin is mainly obtained from the small intestinal mucosa of pigs. It is a biochemical drug and cannot be synthesized artificially. According to research statistics, based on the number of pig small intestines, an average of 2000 pig small intestines can obtain 1Kg of heparin raw materials. Heparin is a kind of aminodextran sulfate produced by mast cells in animal connective tissue. Heparin is a multicellular co-product with an extremely complex three-dimensional structure that participates in multi-step enzymatic reactions in the body.

Heparin has the physical and chemical properties of strong negative charge, which can interfere with many aspects of the coagulation process, and has anticoagulant effects in vivo and in vitro.

Heparin usually exists in the form of its sodium salt, known as heparin sodium. Heparin sodium is a mixture of asymmetric molecules with different molecular weights, and is a general name for a class of glucosamine sulfate sodium salts.

The potency of heparin API is the active unit (IU) contained in each milligram (mg) of heparin API, and the range of potency required by various countries is generally 150-200 IU/mg. At present, there are mainly Heparin and Changshan pharmaceutical companies in China that produce heparin raw materials. 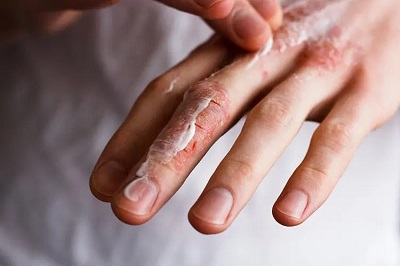 The application of heparin sodium in the medical field

Heparin sodium is used clinically, mainly for the treatment of cerebral infarction. After heparin sodium is hydrolyzed in the body, some components have the property of prolonging blood coagulation time, so they can be used as anticoagulant drugs. Embolism and other complications. Recently, heparin has been found to inhibit the proliferation of smooth muscle cells, anti-inflammatory, anti-tumor and anti-virus and other biological functions.

In an article published in the "Chinese Journal of Dermatology and Venereology" in 2010, the researchers explored the treatment of heparin sodium by slowly withdrawing the drug and gradually adding heparin sodium ointment externally to control local inflammation and reduce local skin sensitivity. Efficacy and safety of ointment in the treatment of facial glucocorticoid-dependent dermatitis. The results show that heparin sodium ointment can improve local symptoms, promote hormone withdrawal, shorten the course of treatment, improve patients' compliance with treatment, and improve clinical efficacy.

Heparin sodium is in the 2015 edition of the "Catalogue of Cosmetic Raw Materials Used", so it can be used in cosmetics. Heparin sodium is an odorless white powder that is hygroscopic and easily soluble in water. Due to the strong negative charge in aqueous solution, it can combine with some cations to form molecular complexes. Therefore, it should be avoided to use together with cations, strong alkalis, etc. in cosmetic formulations.

According to the information provided by the raw material supplier, heparin sodium has the following effects:

Increase the vascular permeability of the skin;

Promote the supply of skin nutrients and the excretion of metabolic waste;

It has a good health care and maintenance effect on the skin.

It can be seen that the repair function of heparin sodium is the most important.

Heparin sodium ointment is a kind of medicine for external use. It is widely used in dermatological diseases. Everyone knows that chapped skin disease, especially in dry weather, often causes chapped hands and feet, and obvious cracks appear on the skin due to dryness. There will even be obvious cracks, the skin will bleed, and there will be obvious pain. In severe cases, you will feel burning pain. At this time, the skin is very fragile, and its resistance is very poor. It is easy to be infected by bacteria, causing greater damage This will have a great impact on people's normal work and study. At this time, heparin sodium ointment can be applied to the affected skin, which has a very good effect.

First, who can heparin sodium ointment be used for?

It has good curative effect on skin diseases such as chapped hands and feet, frostbite, exfoliative keratolysis, and most patients have no obvious side effects during use. Since heparin sodium ointment does not contain hormones and antibiotics, it has good transdermal absorption and high bioavailability. It is safe and effective in clinical application, and is an effective external preparation for the treatment of chapped, dermatitis and vascular skin diseases.