The amazing healing powers of matrine

Matrine is obtained from the dry roots, main stems and fruits of the bean plant Scrophulariaceae through alcohol and other solvents. It is a flavonoid. Total alkaloids of Sophora Radix are the general name of all flavonoids of Scrophulariaceae (the test method of total alkaloids of Sophora Radix is titration method). Matrine and oxymatrine are the most important. Other sources are bitter bean fruit, shan dou root (sapling) and part of the ground of shan dou root (sapling). The pure appearance is milky white to white powder.

1. Beneficial for urination as a medicinal plant, Scrophulariaceae has a history of thousands of years in China, according to texts. Anti-tumor and anti-allergic effects.

3. Other effects: Injecting matrine into rabbits: numbness of the nerve center and muscle spasms are found, and eventually death is caused by the termination of inhalation. Injection into small frogs: Initially excited, then numb, inhalation becomes slow and irregular, and finally produces muscle spasm, and even the inhalation is terminated and death. The onset of the muscle spasm stems from the reflex surface of the spinal nerve. 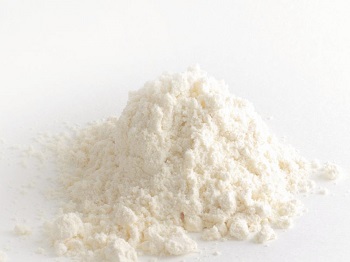 4. Anti-Hepatitis B and Hepatitis C Virus Infection Efficacy of Air Oxymatrine Air Oxymatrine has a strong antiviral therapeutic specificity for HBV both outside the body and in cellular models, as in the human body With anti-HBV efficacy, there are many reports for the treatment of diffuse viral hepatitis.

Some researchers in my country have studied the effect of matrine on HepG2 apoptosis and PEG10 gene expression in liver cancer cells, and found that matrine can inhibit the proliferation of HepG2 when the mass concentration of matrine is greater than 0.1 g·L-1, and the inhibitory effect varies with the drug concentration. The mitochondrial membrane potential of HepG2 cells decreased significantly, and the expression levels of PEG10 gene and protein were down-regulated after the treatment of HepG2 cells with matrine.

In addition, matrine can regulate the activity of HepG2 telomerase and affect the cell cycle of hepatoma cells, and these effects are closely related to the antitumor activity of matrine.

Matrine can inhibit the hepatitis B surface antigen and e-antigen secreted by cells in the process of HBV DNA transfection, and the inhibition rate increases with the increase of drug concentration. After matrine enters the transfected cells, it can quickly seal the DNA genetic information of HBV, further destroy the DNA template of HBV, and at the same time change the biochemical characteristics of liver cytoplasm, inhibit HBV infection without causing HBV infection Mutations. Matrine can also indirectly improve the clinical symptoms of patients and promote the recovery of liver function by regulating the immune function of the human body.

Matrine is an alkaloid mainly extracted from organic solutions such as the plants, fruits and dried roots of the legume Sophora Radix. Matrine is an off-white or white powder with liver protection, diuretic, antibacterial and anti-inflammatory properties. Modern pharmacological studies have found that matrine has a certain diuretic effect, which helps to improve jaundice and urinary retention. In addition, matrine also has the effect of anti-pathogen, inhibiting some common skin fungi to varying degrees, and can be used to relieve skin itching, eczema and genital itching. Matrine is also a natural plant pesticide with strong insecticidal effect and can be used to control various pests in crops.

Matrine has a wide range of anti-inflammatory activities. For example, interleukin IL-6 acts as an autocrine antigen in the epidermis of psoriasis, and interleukin IL-8 is involved in the pathogenesis of various inflammatory skin diseases. It can prevent and treat various skin diseases, and has the property of inhibiting allergy; matrine inhibits collagen production at low concentrations, and promotes collagen production at higher concentrations; matrine can also be used as a skin Brighteners, insect repellants and slimming agents.